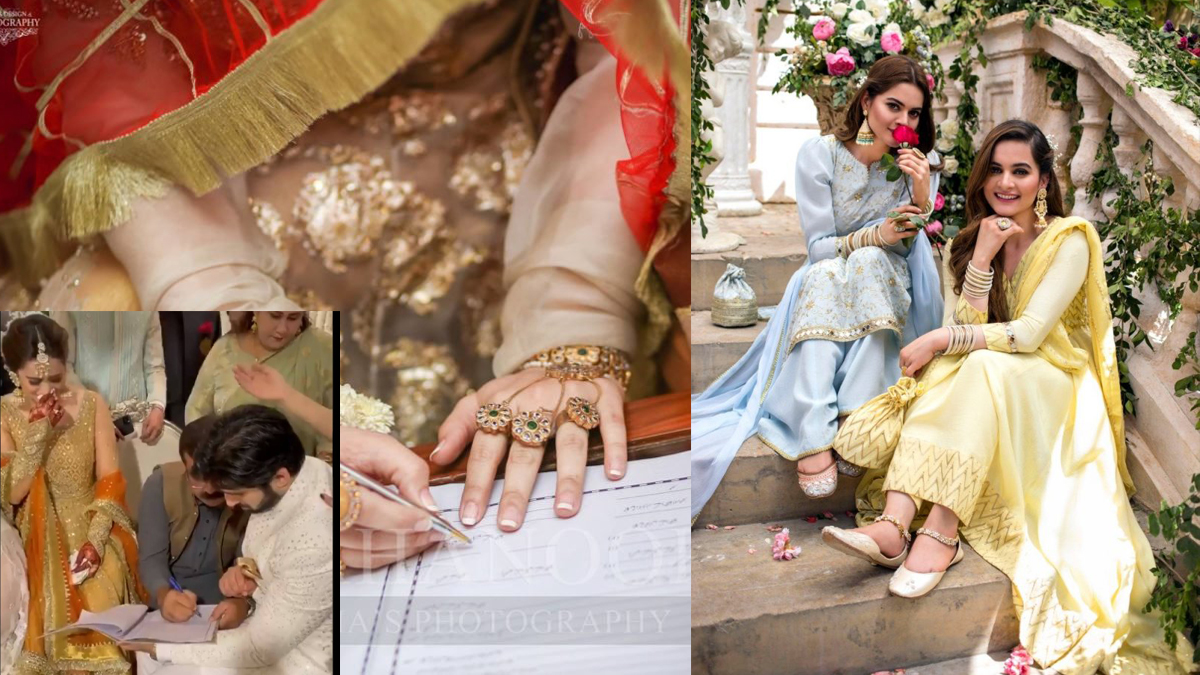 The highly awaited nikah between Minal and Akram took place on Friday night. The couple formally tied the knot during a ceremony that was attended by family, friends and several big names in the showbiz industry.

Minal donned an elegant red lehenga choli by Annus Abrar as she swirled for pictures. She was looking stunning, to say the least. She matched her ensemble with jewellery made by Ali Javeri Jewellers. Ahsan, on the other hand, looked dapper in a suit by Ismail Farid.

The evening started with Minal taking to her Instagram stories to give us a look at her mehndi before the event back. People were amazed at the skilful mehndi application.

Minal’s twin sister and fellow actor Aiman Muneeb Khan was seen with her husband Muneeb Butt as the couple posed for the camera. Aiman wore a light beige outfit with an orange dupatta.

Minal marked her entrance with Elvis Presley’s Can’t Help Falling in Love – a song that fit the moment perfectly. On the other hand, Ahsan made his entry with Punjabi bhangra alongside his family.

The night witnessed several celebrities giving an appearance too. Famous couple Yasir Hussain And Iqra Aziz lit the canopy up with their beaming looks. Aziz dazzled in a Nomi Ansari ensemble, while Hussain sported a white sherwani complemented by a grey overcoat by SHAFFER.

The night was sealed with Minal bidding an emotional farewell to her family, especially Aiman, who was by her side during her fairytale moment.

Ahsan and Minal got engaged earlier this year. The pair is undoubtedly one of the most adorable couples in the industry.