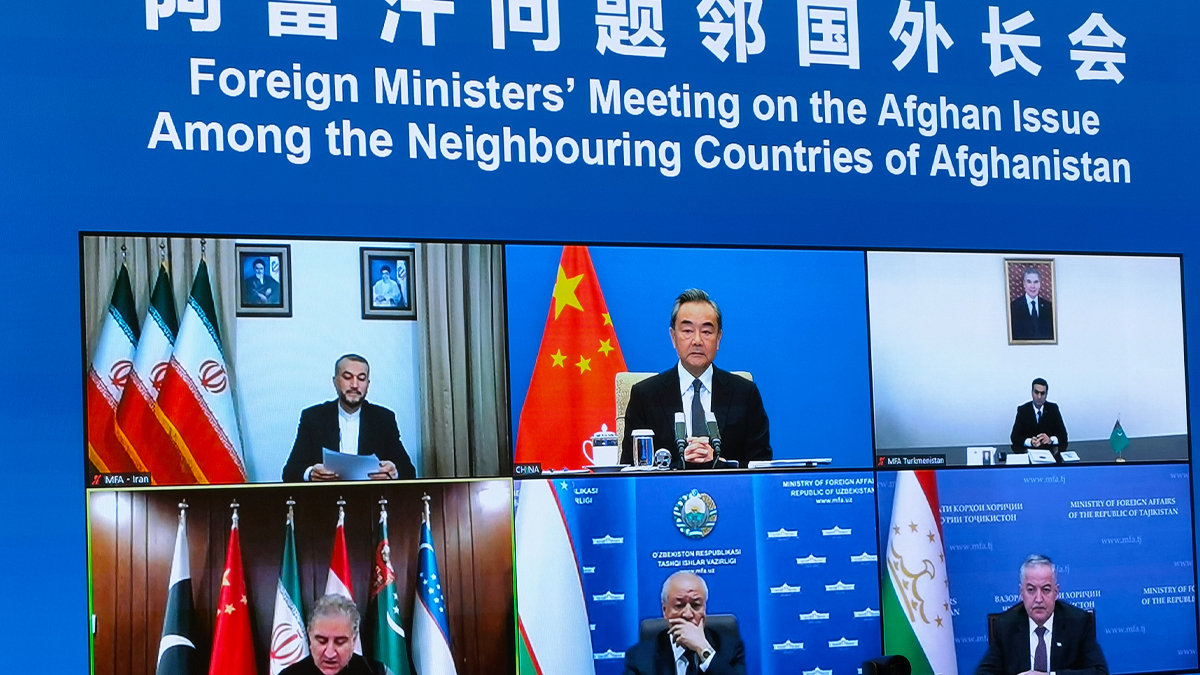 China’s State Councilor and Foreign Minister Wang Yi took part via video link from Beijing in the “Foreign Ministers’ Meeting on the Afghan Issue Among the Neighboring Countries of Afghanistan”.

Yi said Afghanistan is standing at the crossroads of history now as the United States and its allies have flown from Afghanistan in a haste.

“This indicates that the military intervention, power politics, and so-called “democratic transformation” sold by the Western countries headed by the United States ended in failure.”

He highlighted that Afghanistan faces severe challenges like humanitarian issues, economic turmoil, and the COVID-19 pandemic.

“Some international powers may also use political and financial means to design new troubles for Afghanistan. The Afghan Taliban have announced the formation of an interim government – the word ‘interim’ indicates that Afghanistan’s future has many uncertainties.”

Yi said, “We, the neighbouring countries of Afghanistan, are more eager than anyone else to get the region out of war and chaos to resume peace and development. I think that we should seize the critical window for the prevalent scenario in Afghanistan to shift from chaos to governance, to exert a positive influence based on respecting sovereign independence and the territorial integrity of Afghanistan”.

He stressed the need of making an objective assessment of Afghanistan’s history. He urged the United States and its allies to acquire profound lessons and consider their due responsibilities on the Afghan issue.

“The US and its allies are the real culprits of the Afghan issue.”

Thus, a standard view of the international fraternity is that the end of military intervention by the United States should be the beginning of it assuming its responsibilities.