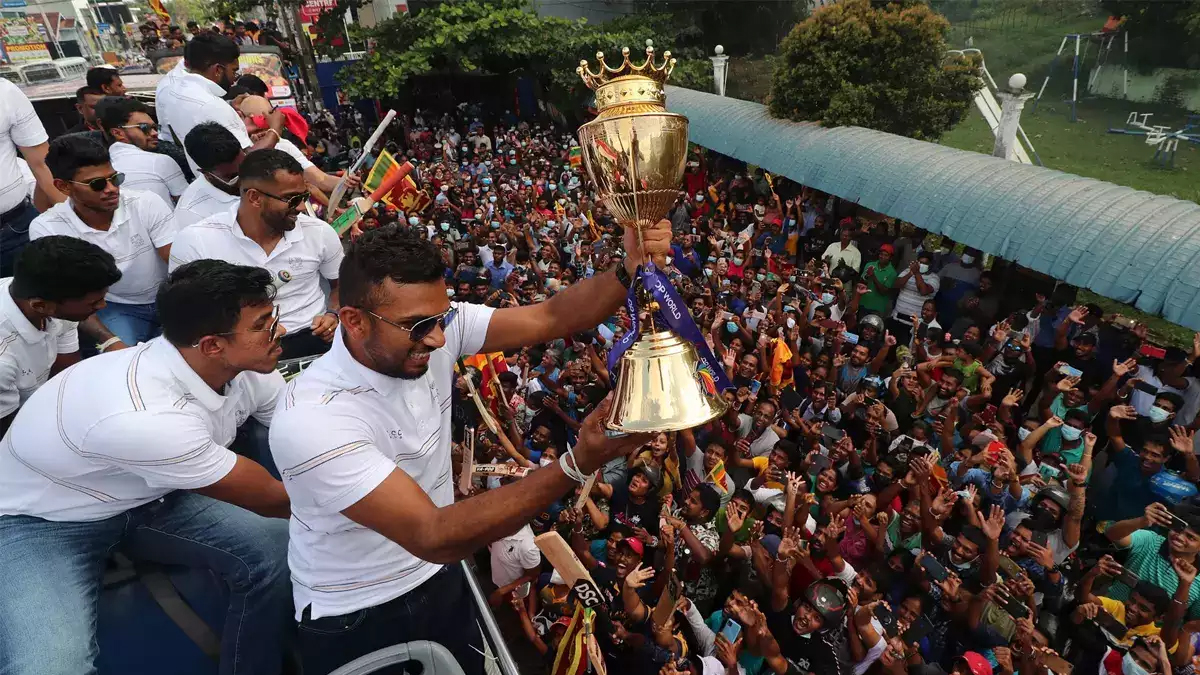 Celebration of Winning the Asia Cup

On Tuesday, hundreds of supporters flocked to the streets to cheer Sri Lanka as they rode in an open-top bus in a victory parade to celebrate winning the Asia Cup.

Sri Lanka Cricket posted images of the delighted players riding in a double-decker bus with fans praising them on their official Twitter account.

The players interacted with the crowd as well and gave thanks for all of their support during the country’s turmoil.

Without a doubt, it feels fantastic. We succeeded after everyone on the team gave it their all. Dasun Shanaka, the captain of Sri Lanka, whose team also experienced a warm greeting upon landing at the island’s main airport in Katunayake, stated.

Due to Sri Lanka’s continuous economic problems, the Asia Cup was originally scheduled to take place there but was instead moved to the UAE.