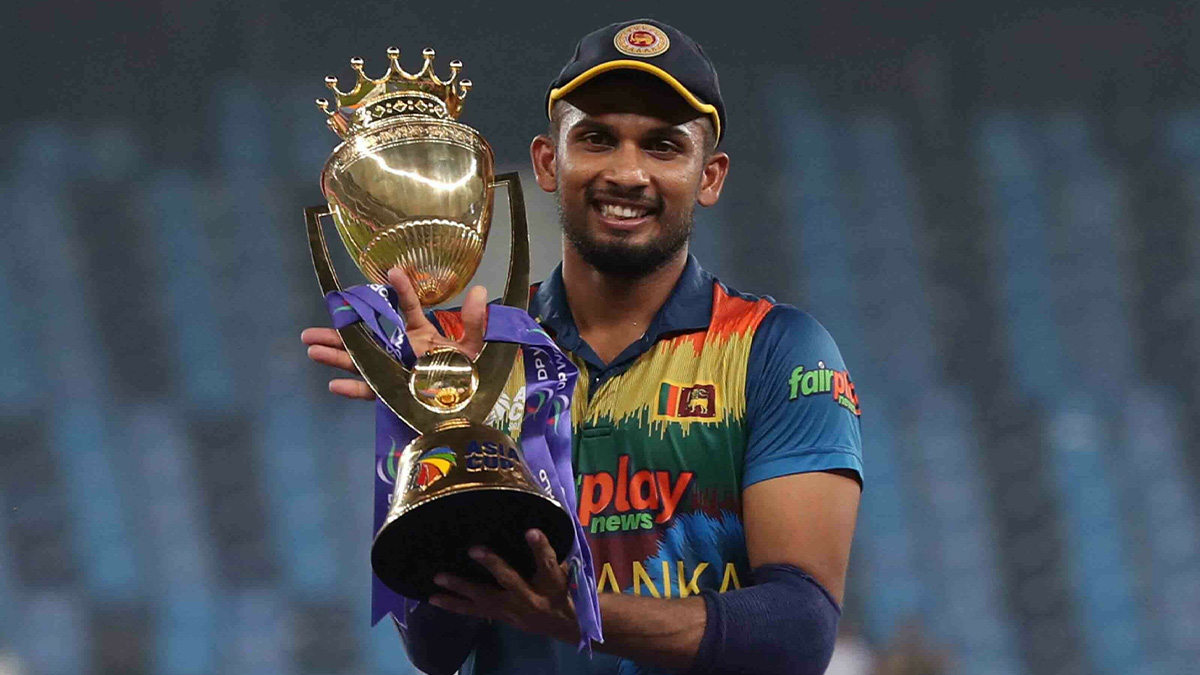 While batsman Bhanuka Rajapaksa called the feat a “wonderful win” for the island nation amid their economic problems, Sri Lankan skipper Dasun Shanaka stated that winning the Asia Cup will benefit the team’s preparation for next month’s Twenty20 World Cup.

On Sunday, Rajapaksa’s outstanding batting performance and Wanindu Hasaranga’s all-around brilliance helped Sri Lanka win the Asia Cup for the sixth time over Pakistan by a score of 23 runs.

On October 16, Sri Lanka, the 2014 T20 World Cup champion, will take on Namibia in a World Cup qualifying match.

“We participated in the qualifications from last year as well […] the setup has changed from three or four years ago,” Shanaka informed the press.

The past two years have been excellent for us, and winning the Asia Cup will be very beneficial for the World Cup.

We will play in those conditions prior to the main competition, so the World Cup qualifiers will also be beneficial for us.

The team intended to demonstrate “aggressiveness,” according to Rajapaksa, who scored an undefeated 71 in the championship.

“Back in those days, we all just wanted to prove to the world that we had some aggression on our side. And we desired to reproduce those times. I believe that as a team, we are now executing that very well,” he remarked.

“We want to maintain this momentum and look forward to the World Cup as well. I believe it is a fantastic victory for the country as a whole. Given the domestic crisis, these are trying times for Sri Lankans. We are happy and sincerely hope that we made them smile.”