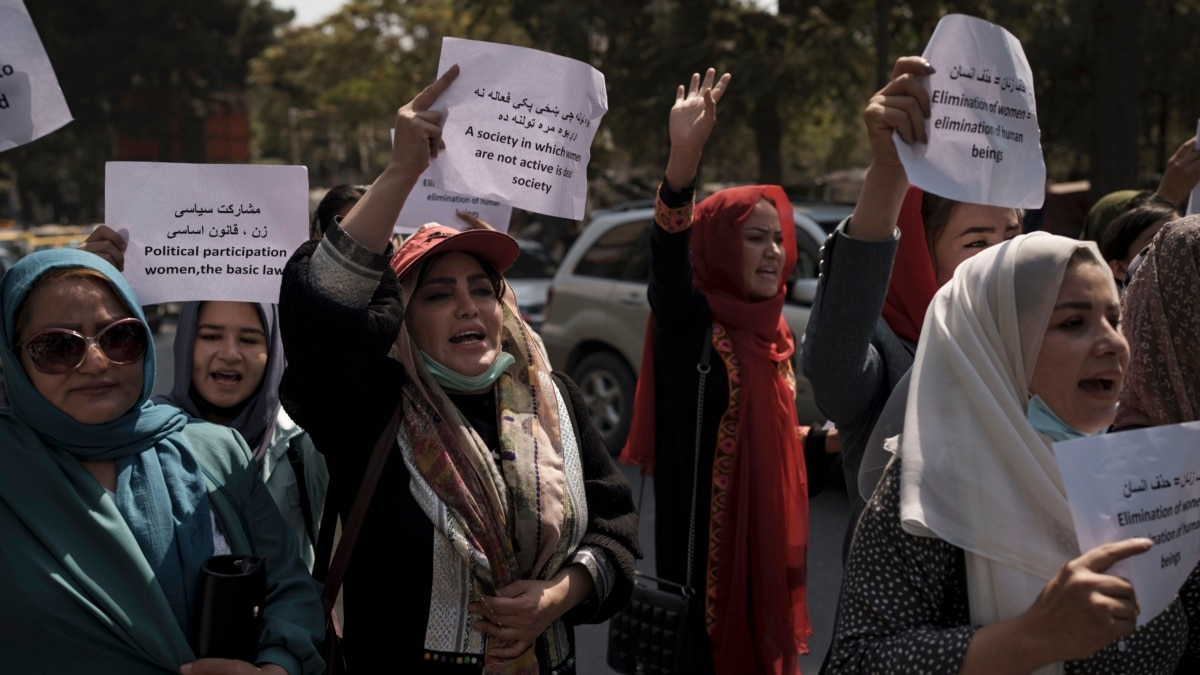 On Tuesday, Taliban authorities reacted angrily to UN claims that they are denying Afghan women the right to work, despite the fact that thousands of them are engaged in the public sector.

However, Sharafuddin Sharaf, head of staff at the ministry of labour and social affairs, said that many women were receiving pay while not showing up for work since offices were not set up for effective sex segregation.

“Working together in one office is not conceivable in our Islamic system,” he stated, a day after a United Nations rights expert claimed that since the Taliban’s return to power in August, there has been a “staggering regression” in women’s rights.

Although he was unable to provide a number, he asserted that “not a single female employee had been sacked” from the civil service.

Women Seeking the Right to Work

However, there have been a number of demonstrations by women seeking the right to work in response to the loss of their jobs, some of which the Taliban violently put an end to.

According to Sharaf, some women “simply go to their respective offices once a week to sign their attendance, and their paychecks are paid at their houses.”

He noted that this occurs in workplaces where “gender-based segregation is yet to be done” and that women were employed in the interior, health, and education ministries, all of which have a need for them.

Read More | ‘Not My King’ Arrests in Britain Spark Criticism

When women “can come to the remainder of the offices where they are not currently coming,” according to Sharaf, will be decided by the Taliban’s all-male leadership.

His remarks come after a UN rights expert claimed that since the Taliban’s return, women’s freedoms had considerably decreased.

The special rapporteur on the human rights situation in Afghanistan, Richard Bennett, stated in Geneva that “there is no country in the world where women and girls have been stripped of their fundamental human rights so swiftly and solely because of gender.” Bennett’s report, according to government spokesman Zabihullah Mujahid, was prejudiced.

Lives of Women in Afghanistan

He stated in a statement late on Monday that “there is no threat to the lives of women in Afghanistan right now, or nobody dishonours Afghan women,” adding that they are still enrolled in both public and private universities.

However, the majority of girls’ secondary schools nationwide have been forced to close, therefore this generation of female university students may be the last.

Many Taliban officials claim the ban is merely temporary, but they have also rolled out a vast list of justifications for it, ranging from a shortage of resources to the need for time to redesign the curriculum in accordance with Islamic principles.

Local media reported on Monday that the education minister claimed it was a cultural issue because many rural residents did not want their daughters to go to school.

‘Not My King’ Arrests in Britain Spark Criticism