‘Not My King’ Arrests in Britain Spark Criticism 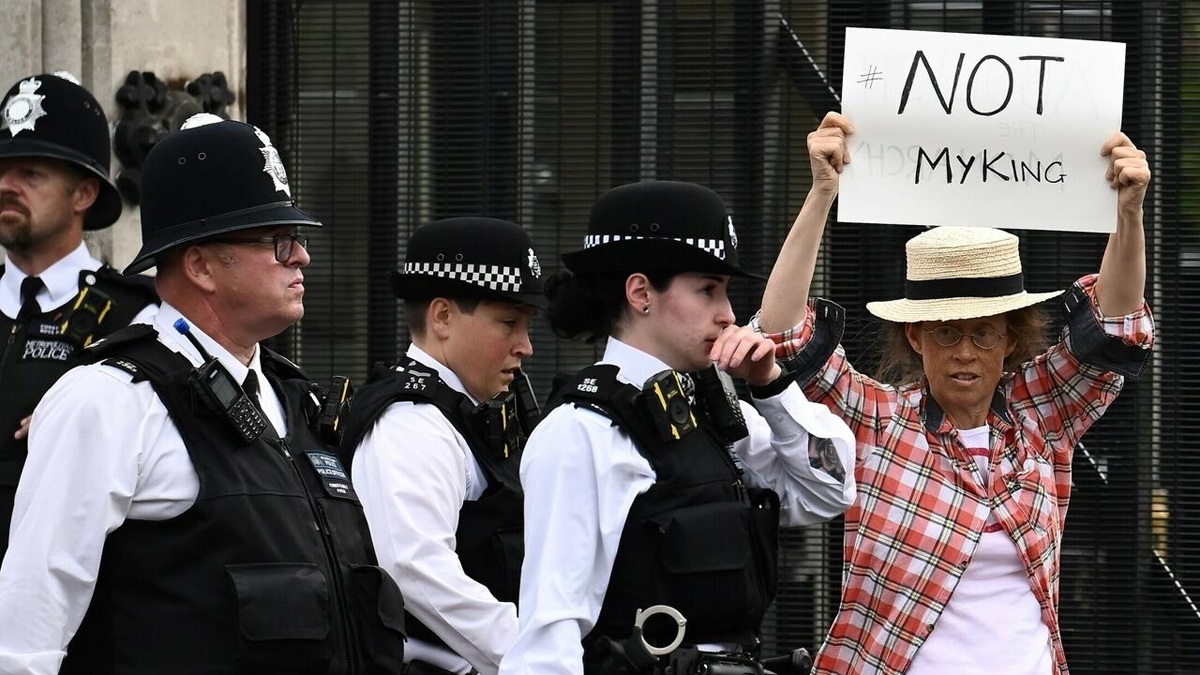 On Tuesday, civil liberties organizations criticized British police for how they handled anti-monarchy demonstrators who had publicly contested King Charles III’s ascension to the throne and the growing popularity of the royal family.

A video showing a female protester being challenged by at least four police officers while waving a “Not My King” protest sign in front of the UK parliament in London has gained popularity on social media.

She was apparently forced to stand at a different location away from the parliament’s gates after being seen being led away from the scene.

Paul Powlesland, a lawyer and climate campaigner, also said on Twitter that he had received a warning from an officer that he would be arrested for holding up a blank piece of paper in front of parliament.

He said with a video of him speaking to a cop, “He confirmed that if I wrote, ‘Not My King,’ on it, he would arrest me under the Public Order Act because someone might be insulted.”

Queen Elizabeth II’s passing has sparked a rare moment of national unity in Britain, which is currently in a state of mourning. There has been a huge outpouring of support for the royal family.

However, it has also prompted concerns about the freedom of speech, with various civil liberties organisations stating that police are not treating the rights of the tiny minority of anti-monarchists with respect.

Big Brother Watch, a non-profit, non-party British civil liberties and privacy fighting organisation, said in a statement: “If people are being detained simply for displaying protest banners then it is an affront to democracy and highly likely to be unlawful.”