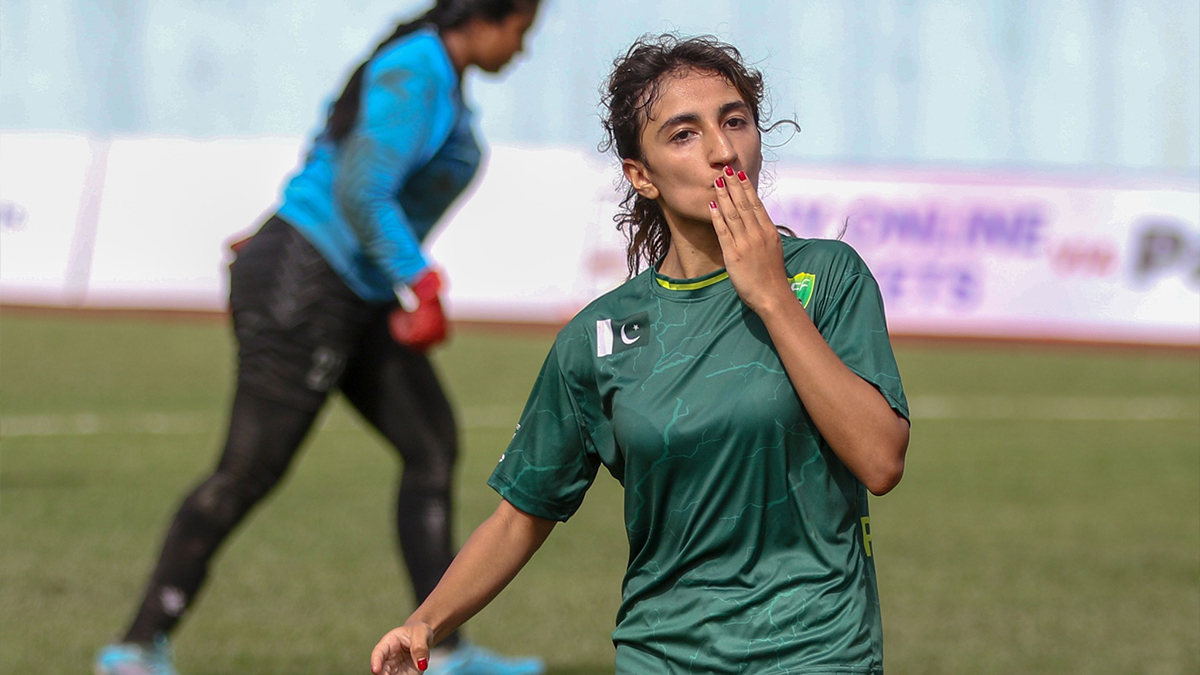 The national women’s team of Pakistan finally scored its first goal in eight years in the 40th minute of Tuesday’s match against the Maldives, providing the nation with the moment they had been yearning for.

Following that, the floodgates opened as Pakistan scored six more goals, four of which came in the second half, to win 7-0 in their last Group “A” match of the SAFF Women’s Championship here at the Dasharath Rangasala Stadium.

They could finally enjoy a victory, their biggest ever after opening the tournament with defeats to Bangladesh and India, respectively. This was their first triumph since 2014.

“This is the ideal starting point for us… Adeel Rizki, the head coach of Pakistan, stated in a post-game press conference that “it doesn’t get any better than today.” The women’s team had been excluded from international competition for the majority of the previous ten years due to institutional issues with the Pakistan Football Federation.

If Pakistan’s FIFA sanction hadn’t been lifted in June, not even participation in this tournament would have been conceivable.

Rizki continued, “We could have stated we couldn’t do this because we had very little time to prepare. But we grabbed this chance by the horns and held a camp for the past month. Although it wasn’t easy, we made every effort to arrive. We’re going to keep [this momentum] going. After returning home, we will take a breather before attempting to organise more matches for the squad and starting some national events.”

Rameen Fareeed’s long-range attempt beat Maldives goalkeeper Aminath Leeza on the rebound for the game’s first goal, giving Pakistan, who were already out of the running for the semi-finals, the opportunity to close out the tournament on a high note.

Three minutes into the second half, Khadija Kazmi scored from the penalty spot to double Pakistan’s advantage before Nadia grabbed control with goals in the 53rd, 78th, and 84th minutes, outpacing the Maldives defence with her speed.

Nadia, a player with fourth-tier Doncaster Rovers Belles in England, said to reporters after the game: “The previous two matches, we faced different oppositions… teams who had been together for a long time.”

“We had different ideas, but we were aware that we could attack more in this game. However, I still think that what got us through was our unity, confidence in each player, and mutual trust.”

Nadia added a fourth goal in the 90th minute, and substitute Anmol Hira finished off the rout in the fifth minute of stoppage time to give Pakistan its greatest win since their 4-1 triumph over Bhutan in 2014. Maldives are now winless in the competition.

After India, who had previously won all five tournaments, was routed 3-0, Bangladesh took top place in the group.