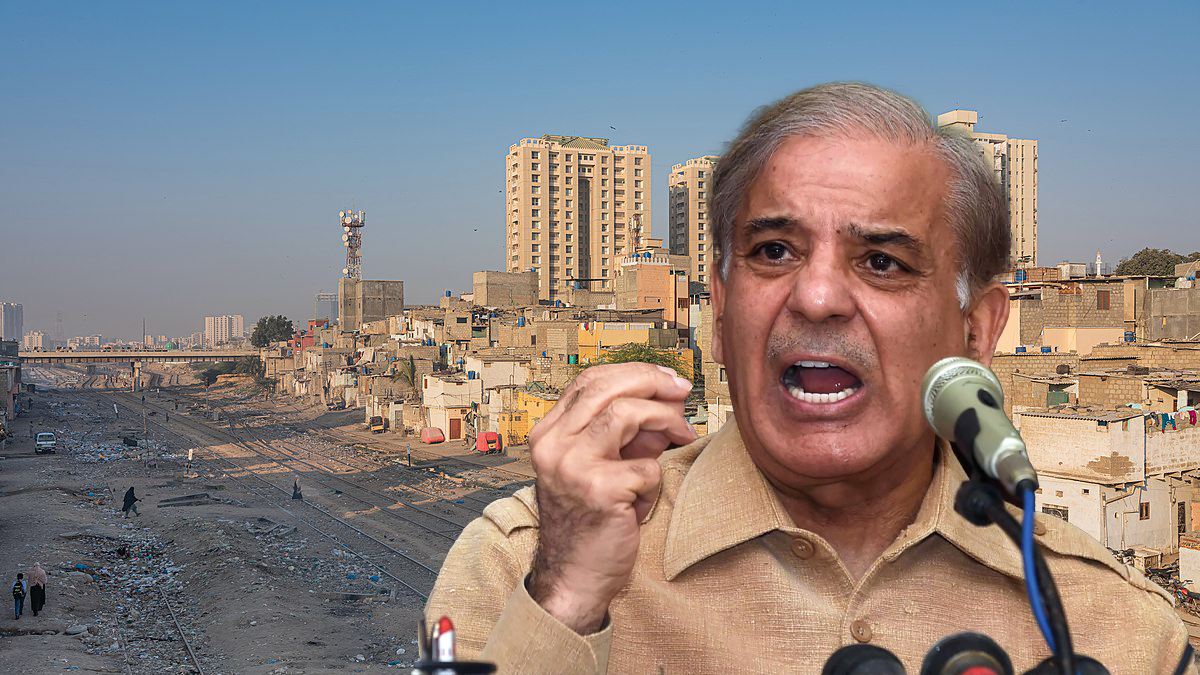 Opposition Leader in National Assembly and President of Pakistan Muslim League-Nawaz (PML-N) Mian Shehbaz Sharif said, on Sunday, that Pakistan cannot prosper if its port city – Karachi – does not grow.

Without naming anyone, he said that a political party has been on a roll with its unfair treatment of the port city for the last three years.

With tears in his eyes, Sharif said that he wants to see Karachi as a “developed city before his demise.”

Read Also | Nadia Hussain refuses to do her husband’s chores

He was speaking about the issues being faced by the residents of Karachi during a meeting with a delegation of his political workers, leaders, and locals hailing from Karachi’s NA-249 constituency.

Shehbaz, during his speech, got emotional and said that the sole bread-earning city of Pakistan had constantly been receiving a “step-motherly treatment” from the Centre.

Sharif added that the entire country’s development is associated with Karachi.

“If we are given a chance in the next election, we will change the fate of this city,” vowed Shehbaz, adding that only the PML-N can solve all the problems of the port city.

He said the extraordinary Karachi is an economical as well as a cultural hub that has always accommodated all sorts of people with wide-open arms. Shehbaz added that he prays to Allah to reverse the fate of the port city in his life as only then can Pakistan prosper.

The younger Sharif said the city, which earns revenue of trillions annually, is fighting hard to find even one gallon of water. “The party under the dynamic leadership of Nawaz Sharif will change the city,” he claimed.

The opposition leader said that Nawaz Sharif relieved the city from sack-packed bodies and corruption and brought peace back to the metropolis.

Shehbaz had reached Karachi on Friday to attend an important meeting and a Jalsa of the Pakistan Democratic Movement (PDM).