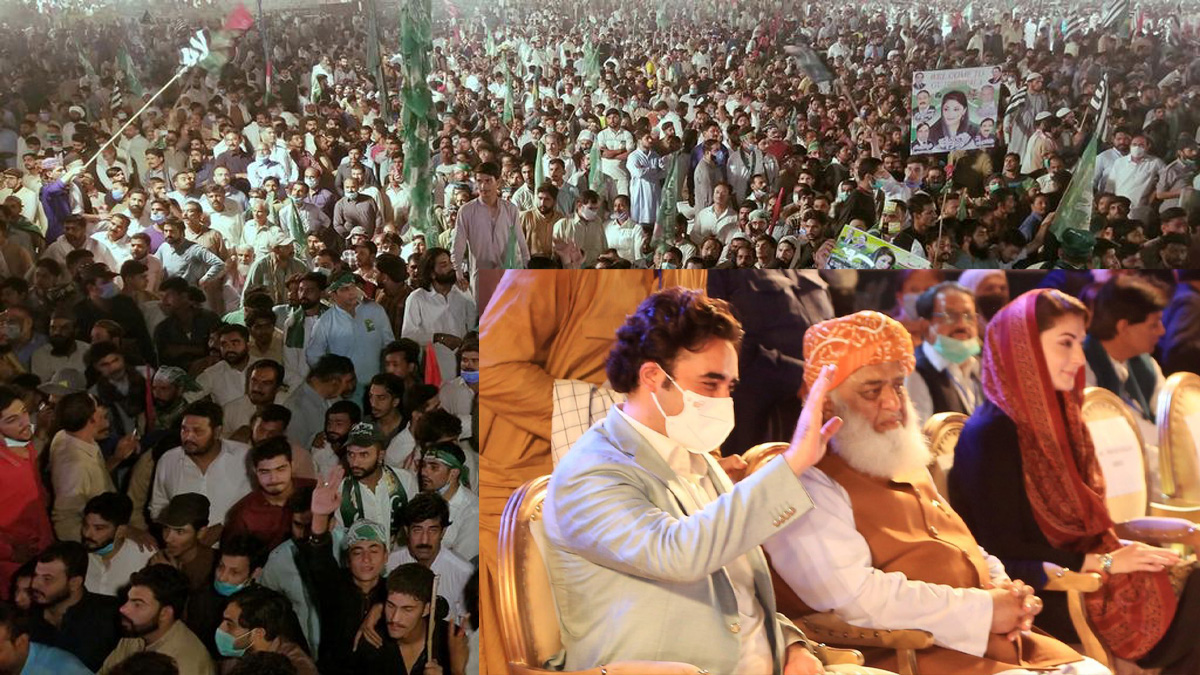 PML-N President Shehbaz Sharif said Sunday that it had become compulsory for the Pakistan Democratic Movement (PDM) to proceed to Islamabad to eliminate the “corrupt and lying” PTI government.

Even after the Pakistan People’s Party (PPP), the anti-government PDM succeeded in organising a considerable power show in Karachi’s Bagh-e-Jinnah.

The PDM leaders vowed to march towards Islamabad with millions of people to topple the PTI government.

In its first power show in months, the PDM declared that its anti-government campaign was very much alive and urged people to “rise and bring a revolution”.

The Opposition alliance announced to “bury the government with a hefty wave of people that will storm Islamabad”.

PDM chief Maulana Fazlur Rehman said the three-year performance of PTI has revealed how the government has made the state and the people “insecure”.

The PDM chief stated that while other nations advanced and progressed, Pakistan “has only regressed”.

Shehbaz also hit out at the government, alleging that PM Imran Khan had abandoned the promises he had made to the people of Karachi and spiked poverty and unemployment in the country.

Shehbaz said PDM President and JUI-F head Maulana Fazlur Rehman would be in the lead as “we all will go to the federal capital with hundreds of thousands of people to put an end to inflation and bury this fake and corrupt government politically.”

The opposition leader remembered that PM Imran had announced a development kit of Rs162 billion for Sindh’s provincial capital in March 2019 and a whopping Rs1.1 trillion package in 2020, claiming that those fancy announcements by the government were just a political stunt as it had not released any funds “except a few pennies” till now.

Shehbaz said that despite the government’s glittery claims, the prices of essential commodities had sky-rocketed.

“Imran Khan talks of Riyasat-e-Madina while relaxing in his 350-Kanal Banigala palace”.