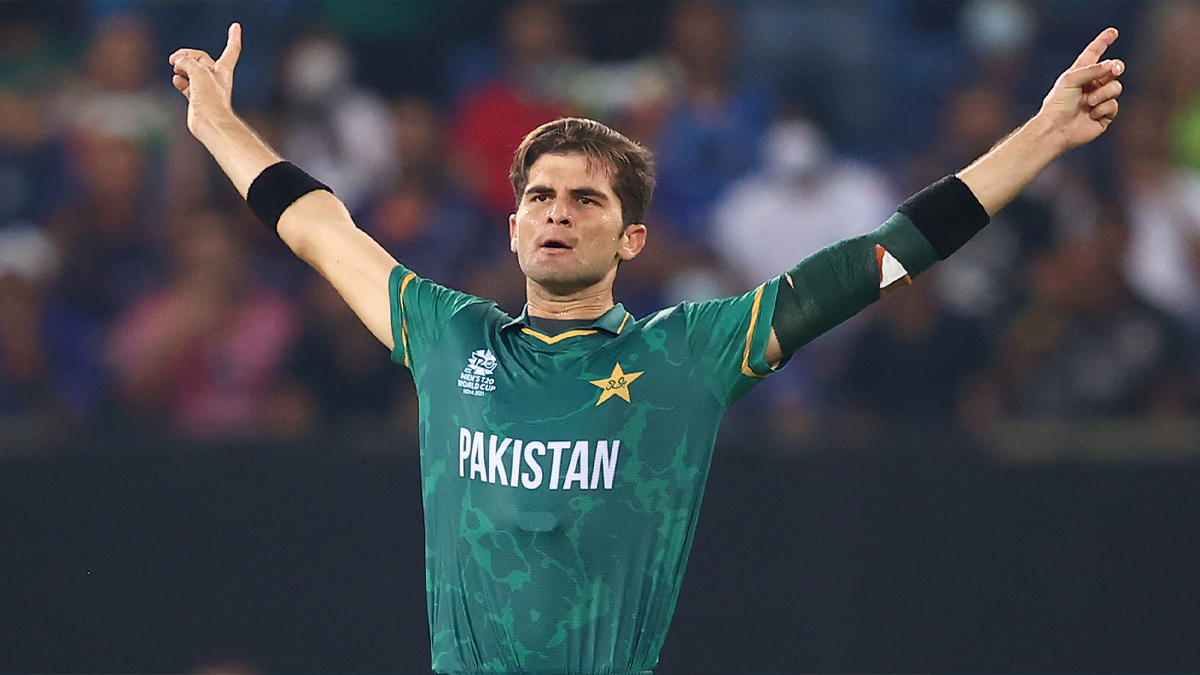 Pakistan’s star fast bowler, Shaheen Shah Afridi may be a little rusty following a three-month injury layoff, but he doesn’t think it has affected his pace.

Shaheen suffered a knee injury while playing a Test match against Sri Lanka in June, but the management of the national team made sure he would be available for the ongoing T20 World Cup.

Despite this, the left-armer, who is usually a nightmare for batters, has not been at his best in the tournament thus far.

Defeat Against India and Zimbabwe

After mediocre efforts in defeat against India and Zimbabwe, he finally got his first and only tournament wicket in Pakistan’s third game against the Netherlands.

After Sunday’s match against the Netherlands, Shaheen told reporters, “It is not easy to come back from such an injury after three months.”

“I’m attempting to offer my all. I believe that earlier, too, my speed was comparable. I’m attempting to regain my previous level of fitness, and the average speed was between 135 and 140 kph. Fitness for a match is different. It is challenging to immediately put up your best effort when you return after three months.”

Shaheen acknowledged that his time away from cricket in England, where he received rehabilitation, had a negative impact on him and that the 22-year-old had difficulty adjusting to a circumstance that was new to him in his five-year international career.

“May God never allow anyone to suffer from this injury, but those who do clearly understand how horrible it is,” he stated.

“For two to three months, I struggled while living alone in England.”

“I couldn’t even walk properly for the first two months because the edoema kept getting worse. Then, I only went to the gym.”

Shaheen, who was voted the ICC Cricketer of The Year for 2021, claimed that bowling at England’s indoor nets helped him get ready for the challenging Australian playing conditions.

“I bowled indoors for the past two weeks so that I am somewhat prepared to sprint on these surfaces.”

“There were no open outdoor pitches because the summer was finished, so I could only bowl indoors.”

The Pakistani pace spearhead, though, admitted that his teammates’ and friends’ support was important in his ability to ultimately make the squad for the T20 World Cup.

“I’ve never missed so much time due to an injury,” he stated.

“Obviously, your friends and teammates support and value you. Thanks to God, I was able to achieve my goal of competing in the World Cup.”

The only way Pakistan can avoid losing in the first round of the World Cup is if miraculous results occur in the remaining Group 2 games. Pakistan’s realistic hopes of reaching the World Cup semifinals have now passed.

Shaheen agreed that Pakistan’s two losses to India and Zimbabwe were close contests, but he also acknowledged that the Babar Azam-led team had a chance to do better in their two remaining games against Bangladesh and South Africa.

“We lost two close matches, but as a team, we know we are a better squad than that.”

“We dominated those two games for extended stretches at the same time. Now they are in the past. Simply sticking together and doing our best is all we can do. See, there is only so much that we can control. Therefore, we are not considering the other matches. We will attempt to give our all in the remaining matches. If it is in our fate, we will make it.”

How Can Pakistan Still Qualify for Semi Finals?