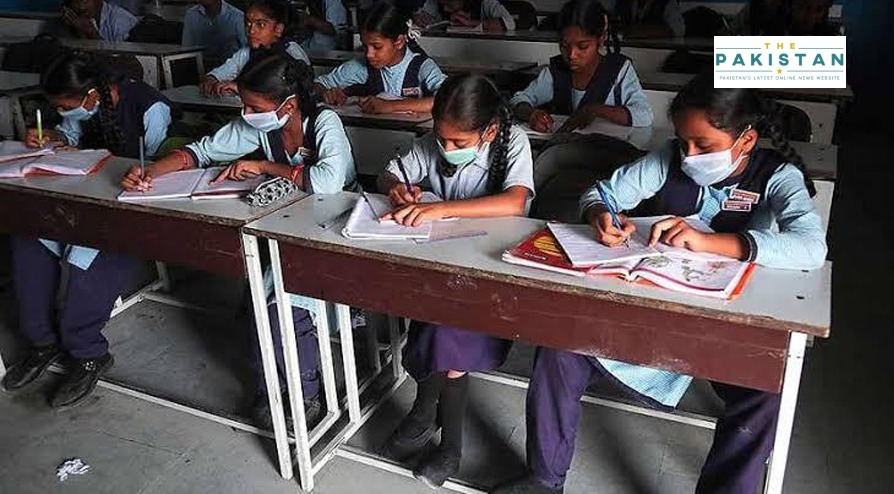 Accompanied by the Special Assistant to Prime Minister on Health Dr Faisal Sultan, Federal Minister for Education Dr Shafqat Mahmood said that from January 18, classes for grades 9, 10, 11 and 12 — those that have exams — will resume.

He was speaking at a press conference when he said that “this means that students of grades 9, 10, 11 and 12 will go to their schools and colleges from January 18 and their studies will resume.”

Dr Mahmood further added that in the second phase, primary class students up until grade eight will resume classes from January 25. He added that universities and other higher education institutions will reopen from Feb 1 in the third and last phase.

He made this announcement after chairing a meeting of the inter-provincial education ministers, health as well as policy experts.

He also announced that the board examinations in the ongoing year will be deferred till May-June.  “The Covid-19 situation would again be reviewed by January 14 or 15. Our top priority is children’s health,” he explained.

The students across the country were not pleased at the announcement after the Federal Minister clearly stated that no student will be promoted to the next class without exams this year.

The students were seen making jokes and mocking the federal minister on social media.

Shocked at receiving such reactions, Dr Mahmood said that “it surprises me when I see the negative reaction of some students to school/college/Universities reopening. Education is a gateway to the future. Also Education years are also the best time of one’s life. Everyone should welcome the opportunity to study and be among friends. It was also very shocking to see students lamenting the reopening of schools despite enjoying holidays for almost an year now.