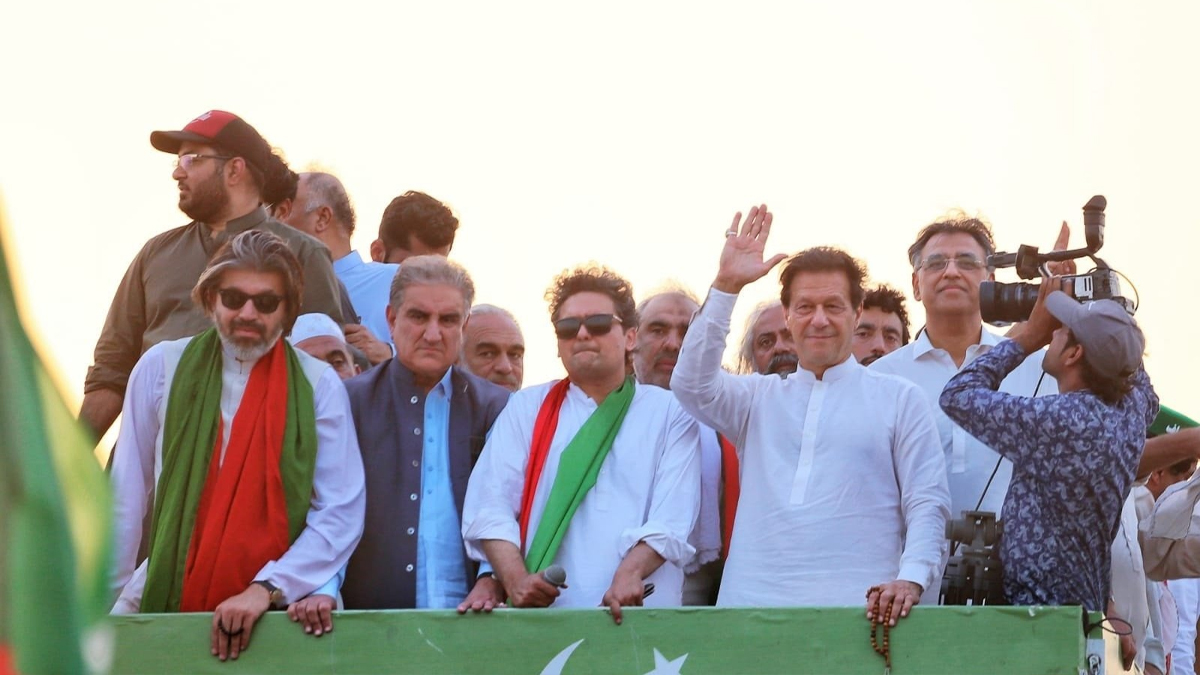 As the PTI prepares to march on the capital, the federal government on Thursday petitioned the Supreme Court to issue a restraining order prohibiting the former prime minister Imran Khan from organising a long march in the name of “jihad” against the state, particularly at a time when flood victims urgently need aid.

Imran Khan, the chairman of the PTI, was additionally charged with contempt of court by the Interior Ministry for allegedly disobeying the Supreme Court’s ruling of May 25. The attorney general’s office is likely to defend the case whenever the supreme court takes it up.

The petition recalled that the apex court had instructed the PTI to hold a rally in a field between sectors H-9 and G-9 in May after receiving categorical assurances from the party’s top leadership and their attorney that the rally would not disrupt the public or cause the Srinagar Highway to be blocked, and that it would be conducted peacefully and legally.

Despite these promises, the PTI high leadership urged its followers to travel to D-Chowk while falsely claiming that the court has approved the march without any restrictions.

The top court ruling must be followed in order to defend the public’s fundamental rights, especially those of the people living in Islamabad and Rawalpindi, according to the contempt petition. The Supreme Court should also issue detailed rules for all future protests held in the federal capital, including advance notification of the date, venue selection, assurance that the protest will not interfere with public life, and a promise to make sure that the protesters won’t damage any public or private property.

In the petition for a restraining order, it was argued that the PTI chairman’s comments disparaging the country’s leaders and official institutions were “extremely provocative,” intended to sow discontent and uprising.

The petition stated that this had greatly alarmed the public, as well as the international community and investors, about the effects of this alleged “jihad,” and that the party leader’s prior actions, particularly the May 25 events and his violation of court orders, as well as his alleged encouragement of the destruction of public and private property and disruption of law and order, deserved strong instructions from the apex court about his upcoming protests.

It also made clear that the nation was presently experiencing an unparalleled natural calamity that had resulted in significant losses in terms of lives, agriculture, and infrastructure, placing tremendous strain on an already fragile economy.

“If the PTI march was left unchecked and unrestrained, it would not only lead to a precarious political and law-and-order situation throughout the entire nation, but it would also cause the federal government to focus on mitigating the effects on the lives of residents of the twin cities rather than the necessary rehabilitation efforts in the flood-affected areas.”

The petition argued before the court that the PTI chairman’s actions right now and his future plans should be looked into, adding that Imran Khan had been preparing his party members and supporters for a protracted march toward Islamabad over the past few weeks through speeches and media appearances.

Mr. Khan was pushing the populace to overthrow the government by calling the march and protest a “jihad” and using that term to describe them.

The petition expressed concern that “this demand for jihad is nothing more than the state being attacked by a party and its leader who cannot accept that he was removed from office through legal means.”

Pakistan, a Tough Market to Operate In: Daraz CEO