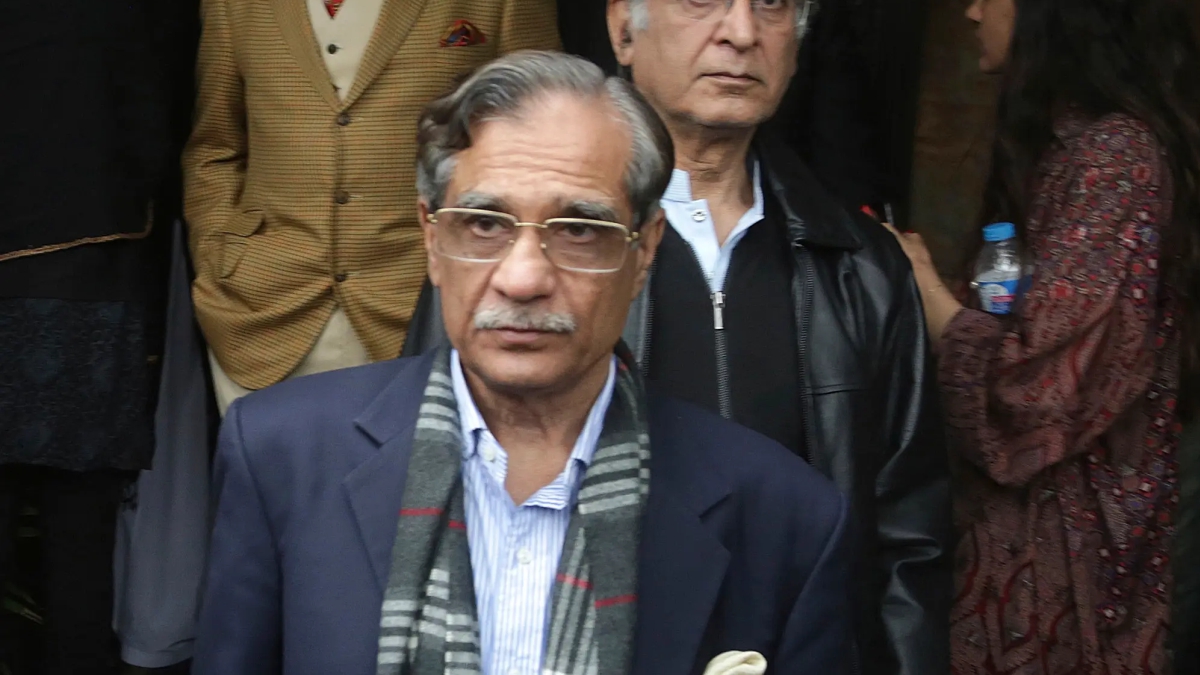 Which is being associated with ex-Chief Justice Mian Saqib Nisar, has proven to be fabricated. In the clip, Nisar is allegedly talking to an unidentified person about the trial of former Prime Minister Nawaz Sharif and his daughter Maryam Nawaz.

The audio clip was uploaded by Fact Focus – a Pakistan-based digital media organization that works on data-based investigative news stories.

The former CJP termed the clip as “fabricated.” He said the sentence was not his, and the clip has been produced by stitching various clips from his public speeches.

“I have not said that to anyone,” he said.

“Why would I do that? I have no grudges against Nawaz Sharif or his daughter.”

Fact Focus said it obtained the audio two months ago and examined it by Garret Discovery – a US-based multimedia forensics firm.

As per the firm’s analysis, it had been certified that the clip had not been edited in any way.

However, according to Information Minister Fawad Chaudhary, there were two speeches made by Saqib Nisar on February 22, 2018, and January 22, 2018. Some phrases in the alleged clip are exact matches with parts of statements the former CJP made on the two occasions.

When Garret Discovery was contacted, the firm and its representatives refused to comment on the scenario.

The federal minister appreciated the efforts of media outlets and said that there was no doubt left now.

“It is unfortunate that whenever Maryam Nawaz and Nawaz Sharif’s cases are set to be heard by the courts, various leaks appear in the media to malign our judicial system. This is done by PMLN,” he said.

“I have no doubt that this has been done on the behest of Maryam, and an investigation must be ordered into this matter.”