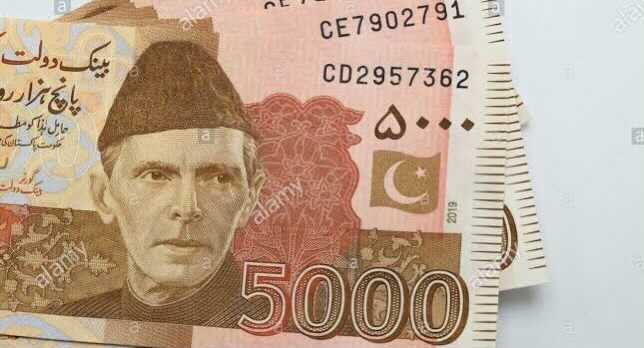 Pakistani currency rupee has become the world’s top-performing currency in this year’s first quarter however currency analysts still remain cautious against sharp currency movements which keep the market on its toes.

Experts say that the current flight of rupee is due to robust foreign exchange inflows in the form of remittances from the Pakistani diaspora, inflows from multilateral institutions, investments in the Roshan Digital Account (RDA), $6 billion International Monetary Fund (IMF) bailout program, and issuance of Eurobonds.

Rupee spiked to a 21-month high at 154/dollar on Tuesday.

A dealer with a commercial bank said that there remained a heavy supply throughout the day most of which were Roshan Digital Account investments, remittances, and exporter-linked dollar inflows,”

“Today, the rupee surged on ADB (Asian Development Bank) news and Eurobond marketing. Pakistan, as per media reports, began marketing Eurobond worth around $2 billion that raised funds from international markets, and the ADB, for Balakot Hydropower Project, approved a $300 million loan for Pakistan, all of which added to boosting the rupee,” he added.

CEO at Tangent Capital Muzammil Aslam, citing Bloomberg data in a tweet said. “The rupee has been the world’s top-performing currency against USD in the days between January 1st and March 31st.”

“I’m for gradual changes than abrupt so (I will say that) it’s good to celebrate but it’s equally important (for the currency) to maintain competitiveness,” Aslam added.

“Abrupt highs and lows in the currency don’t let good signals out to the businesses and markets,” he said.

Several experts think that the rupee will surge further in the month of Ramadan and days of Eid as that’s when inflows peak.