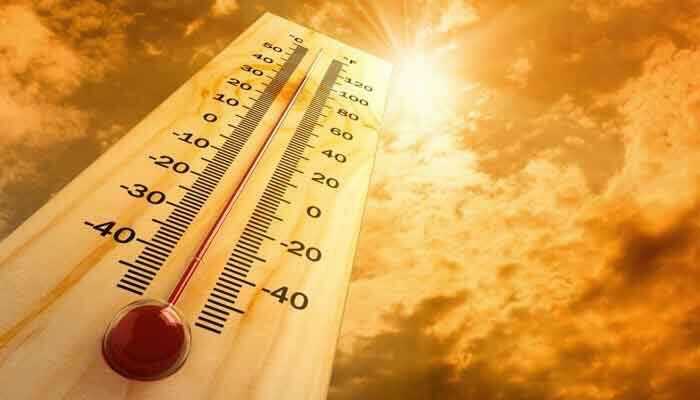 The Pakistan Meteorological Department (PMD) said that the dry and extremely hot weather is expected to continue for the next 24 hours. On Thursday, the minimum temperature recorded was 22 C while the maximum temperature is projected to oscillate between 39 C and 41 C. Winds in the metropolis are blowing at a speed of 10 km per hour from northwest with humidity recorded at 8%. Visibility in airport region is 4 km.

On Wednesday, the Pakistan Meteorological Department said that Tuesday’s maximum temperature in Karachi was 40.2 C, with maximum on Wednesday it was recorded at 41.5 C. The PMD had further projected that for next three days the temperatures in Karachi would be between 39 – 41 C. In this context the Sindh government has directed all authorities to take required action to save lives from the severe heatwave.

Spokesperson from the Pakistan Meteorological Department said that the regions that will experience very hot and dry weather from Tuesday to Saturday include Sindh, Southern Punjab, Eastern, and Southern Balochistan.

“Dust-raising winds are expected in Sindh and Balochistan during the period with the daytime temperatures remaining above normal (04-06 C) in most plain areas,” he noted.

PMD Spokesperson further said that the heatwave is soon going to extend to the sub-mountainous regions of the country.

Soon after the PMD’s warning, Sindh government issued public notice for tackling the heatwave and staying safe. The official Twitter account of Sindh government listed things to do in a tweet. The points to note include –

-stay out of direct sunlight

– in case of such symptoms, seek immediate medical attention at nearby hospital/ medical camp