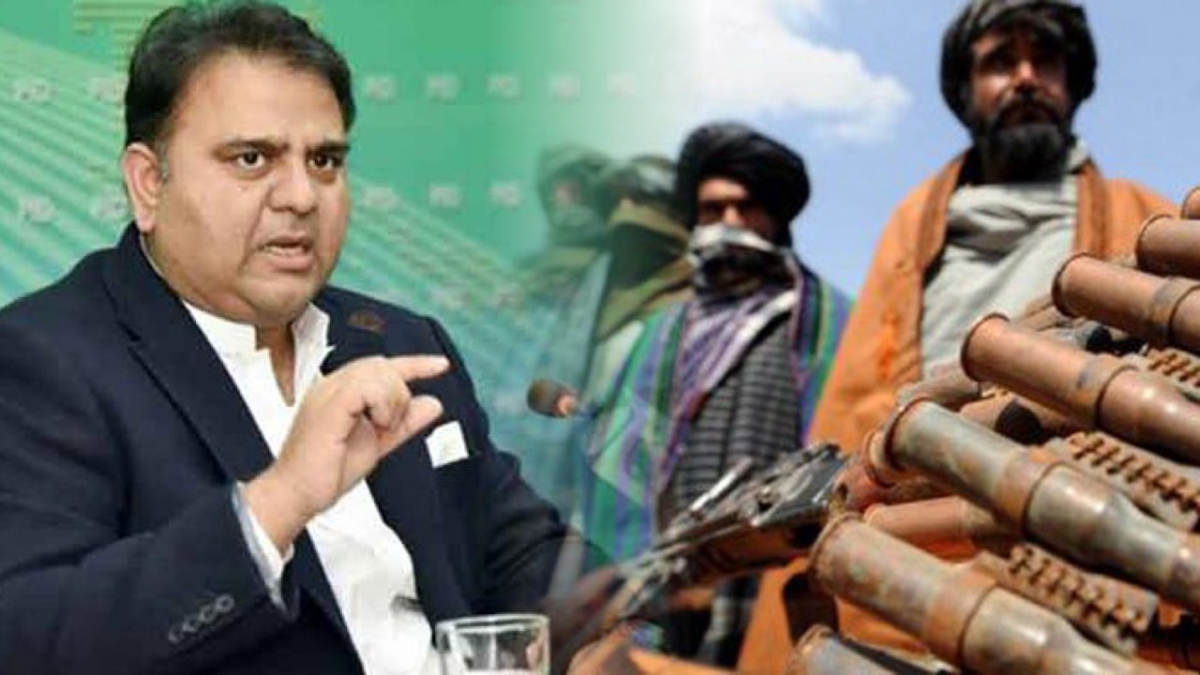 Minister for Information and Broadcasting Fawad Chaudhary said Wednesday that Prime Minister Imran Khan’s appearance in the Supreme Court of Pakistan (SCP) on short notice proved that he firmly believed in the rule of law.

Talking to journalists outside the Supreme Court, he said PM Khan complied with the court order as upholding the rule of law was an important part of PTI’s manifesto.

Minister for Interior Sheikh Rashid Ahmed was alongside him.

Chaudhry said the tragic incident shattered every citizen of Pakistan. He said the PML-N was in power at the time of the tragedy, maintaining that it would have been effortless for the current regime to blame the previous government, but it didn’t do so.

He said intelligence failures do happen – referencing the 9/11 attacks, where seven bombers stayed in a hotel room in front of the White House for three months.

He said terrorism was successfully eliminated from Pakistan.

The information minister said credit also went to the civilian leadership of the country, which came to a consensus on the issue in the Parliament.

The minister said that three years of the current regime were the most peaceful in the history of Pakistan, thanks to the narrative created through NAP. He said Imran Khan fought the COVID-19 pandemic and tackled the challenges of the economy.

“The scenario that emerged in Afghanistan after the fall of Kabul in August had the potential to destabilise any neighbouring country.”

Chaudhary said as per the directions of the Supreme Court, a report will be submitted to it in four weeks.