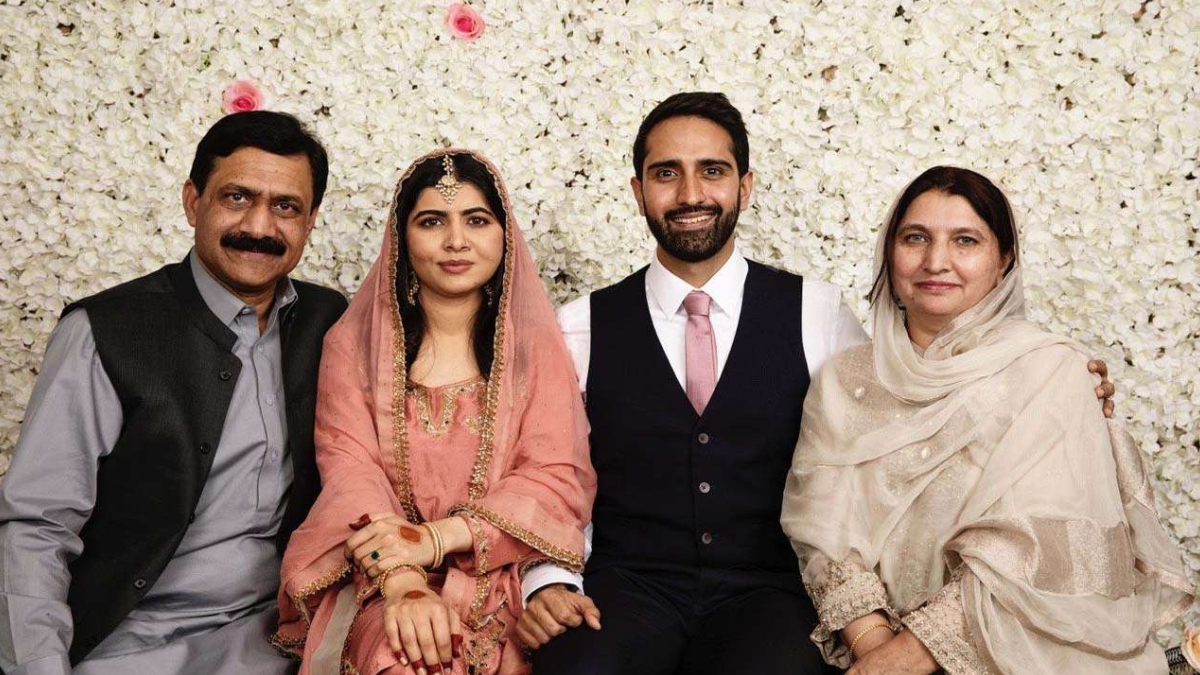 Nobel Peace Prize winner Malala Yousafzai “tied the knot” with Asser Malik on Tuesday, in an Islamic ceremony in Birmingham.

She and Asser took part in a nikkah ceremony, with the 24-year-old activist saying that it was “a precious day” in her life.

Yousafzai gave no other detail about her husband. Social media users identified him as the general manager of the Pakistan Cricket Board’s (PCB) High-Performance Centre.

Thousands came forth with congratulatory messages and warm wishes, with the tweet garnering more than 227,000 ‘likes’.

The Nobel laureate posted a few pictures of the ceremony. Decked up in simple jewellery and a pink tea suit, Yousafzai can be seen carrying out the wedding formalities in Birmingham with Malik, where he is on vacation.

According to Malik’s LinkedIn profile, he joined the PCB in May 2020. His Instagram account has numerous photos from various cricketing events.

It merits mentioning that Yousafzai spent months in treatment after she was struck in 2012 and went on to write a memoir titled “I am Malala”. She graduated from Oxford University in politics, philosophy, and economics.

Yousafzai was given the Nobel Peace Prize when she was aged 17 – for her girls’ education work. She shared the award with Kailash Satyarthi, a rights activist from India.

According to media reports, her non-profit Malala Fund has invested $2m in war-torn Afghanistan.

Recently, however, she drew ire for her remarks regarding getting married.

“I don’t understand why people get married. We can get into a partnership and live like partners instead of signing marriage papers,” she had said.