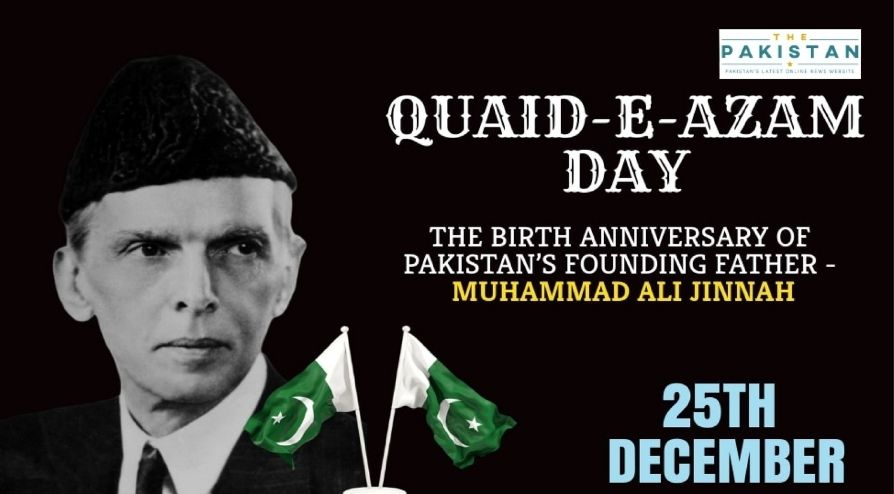 Today — December 25 — marks the 145th birth anniversary of Pakistan Quaid-e-Azam Mohammad Ali Jinnah and Pakistanis across the world are paying their homage to the leader.

Prime Minister Imran Khan said that: On this eventful day when Quaid-e-Azam Muhammad Ali Jinnah was born, a proud nation was destined to come into being. I feel blessed to have opened my eyes in a free environment bestowed upon us by God through his chosen personality who was none other but our beloved Quaid. He had a vision for the Muslims of the subcontinent which got translated into the shape of Pakistan. Therefore, there is no other pleasure more real to us as a nation than the commemoration of his birthday.

He further added that: as a prime representative of the whole nation, I owe immense gratitude, love, and devotion towards my beloved leader Quaid-e-Azam Muhammad Ali Jinnah. In the modern history of mankind, there are a few people who garnered such wide popularity as our Quaid did. His determination to carve a nation out of chaos and relentless deprivation was miraculous and insuperable against all odds and challenges.

Let’s now look at some of the Quaid-e-Azam’s most-famous quotes.

“There is no power in the world that can undo Pakistan.”

“There are two powers in the world; one is the sword and the other is the pen. There is great competition and rivalry between the two. There is a third power stronger than both, that of the women.”

Stanley Wolpert, who wrote a biography on Jinnah said that “Few individuals significantly alter the course of history. Fewer still modify the map of the world. Hardly anyone can be credited with creating a nation-state. Mohammad Ali Jinnah did all three.”