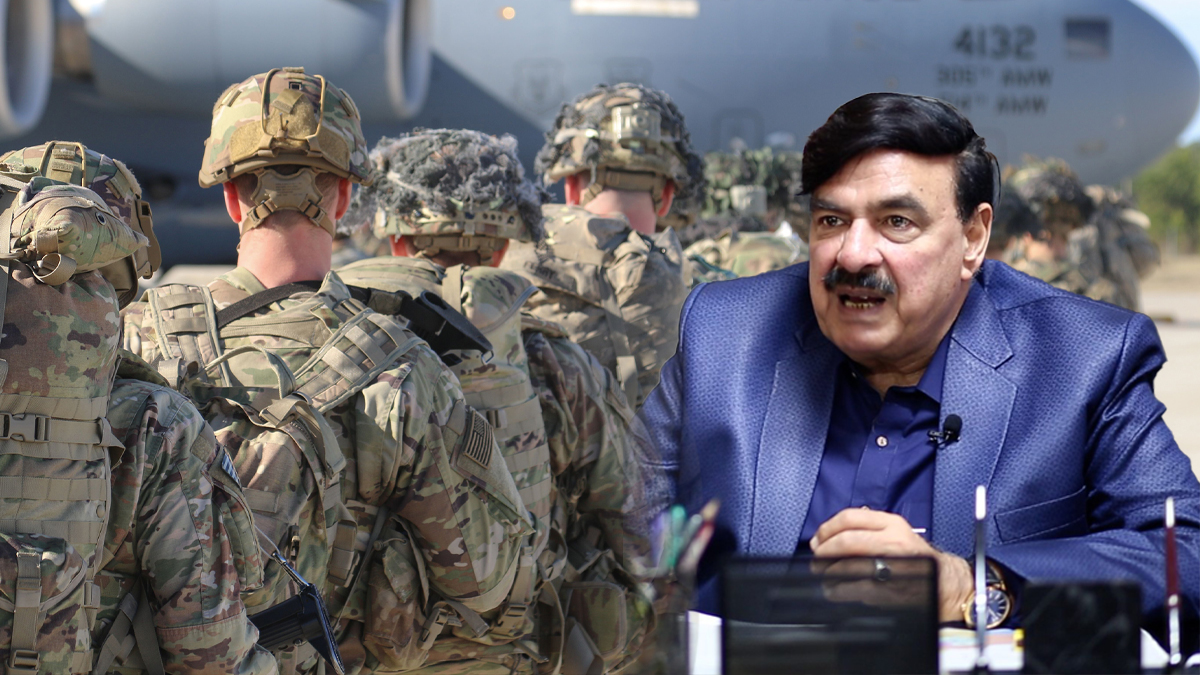 Interior Minister Sheikh Rasheed Ahmed has clarified that no troops from the US had made their way to Pakistani land – ruling out the stories of American military personnel being relocated to Pakistan.

Rasheed stated that no US citizen had docked on Pakistani soil so far.

“Isn’t this our national duty to assist in evacuations from Afghanistan? We are being praised in the world for this act.”

“Will India help them with transit visas for evacuations?”

Rasheed said that India is not in a comfortable position regarding the current situation in Afghanistan.

The interior minister said that a new era of politics was about to emerge in Central Asia, and the role of Russia, Iran, China, Uzbekistan, Tajikistan, and Turkey was enhancing.

“Pakistan will be the ultimate beneficiary from the scenario,” he said.

Sheikh Rasheed said Islamabad would never allow the TTP to carry out disruptive activities in Pakistan, adding the border crossings between the two neighbours are open.

“Let me clarify that Pakistan is not staggering under any pressure of immigrants,” he added.

He said that Prime Minister Imran Khan would speak to the international community on the evolving situation in Afghanistan in the next 10 to 15 days but refused to give further details about it.

The interior minister warned that “enemy elements” were resolute about destroying the peace in Balochistan.

“I have seen Suhail Shaheen and Zabihullah Mujahid’s interviews. They said that Afghanistan’s soil would never be used against any country in the world,” said the minister. He said the issuance of visas to the people coming from Afghanistan was not an exercise of money-making, adding that no aim had been set to generate funds through this activity. He maintained that a regular visa fee was charged from these people while on-arrival visas were being issued free of cost