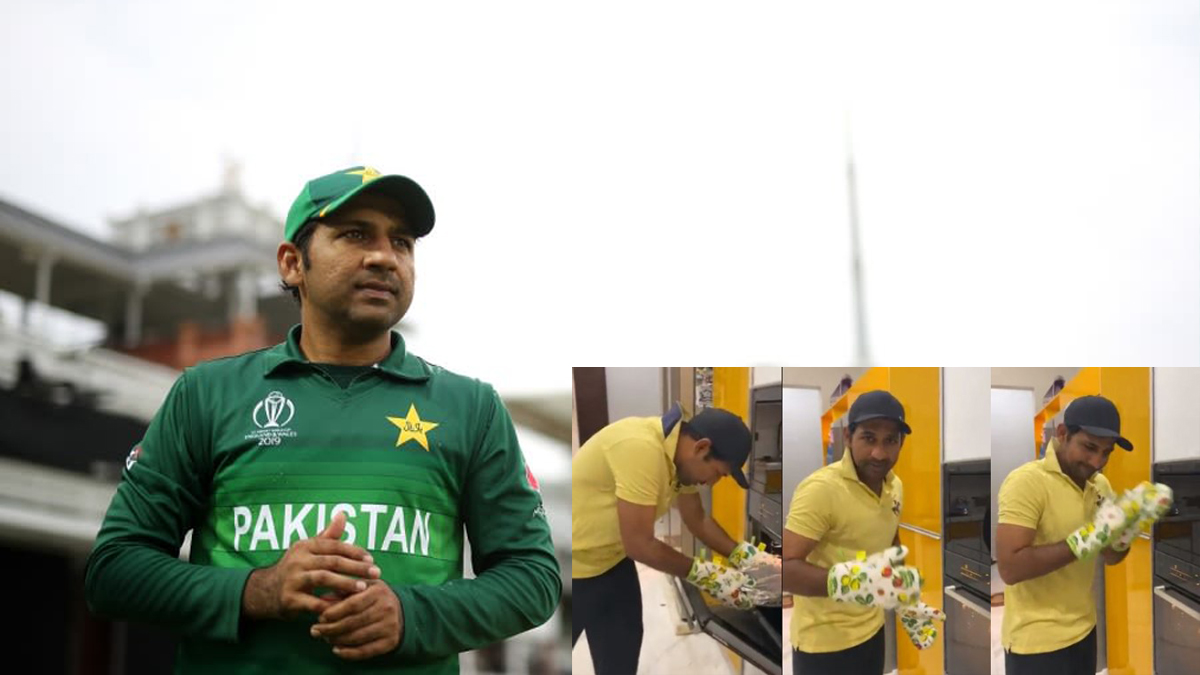 Former Pakistan cricket team captain Sarfaraz Ahmed’s video of cooking in the kitchen has gone viral on all social media platforms in Pakistan.

He switched out keeping gloves for mittens in a video that unwittingly went viral after his wife Khushbakht Sarfaraz shared it on the social networking site Twitter – showing him helping out in the kitchen.

In the video, it can be seen that Sarfaraz is placing a plate of pasta in the oven and saying at the same time that it will be cooked for 15 to 20 minutes and “our pasta will be ready”.

The video took the micro-blogging app by storm immediately, with many resharing it with their own cute captions, including Sarfaraz’s teammates!

The pleasant banter was addressed by Sarfaraz himself, who responded, “There wasn’t any need to tell you of this talent; it occurs naturally.”

The original tweet by Khushbakht Sarfaraz elicited quite the reaction from other netizens, too, with many seeing the video as an endearing one.

“Aww, so sweet! I loved the gloves!” said one user, while another said, “A good example of the fact that masculinity isn’t challenged by helping around with chores and being a part of daily household tasks.”

One user pointed out, “The cutest fact is that all players are still calling him their captain.”

The video of Sarfaraz is indeed a pleasant one. It serves as a lesson to many that helping out in the kitchen and in other household tasks is not a choice but an obligation. People see this as heartwarming.