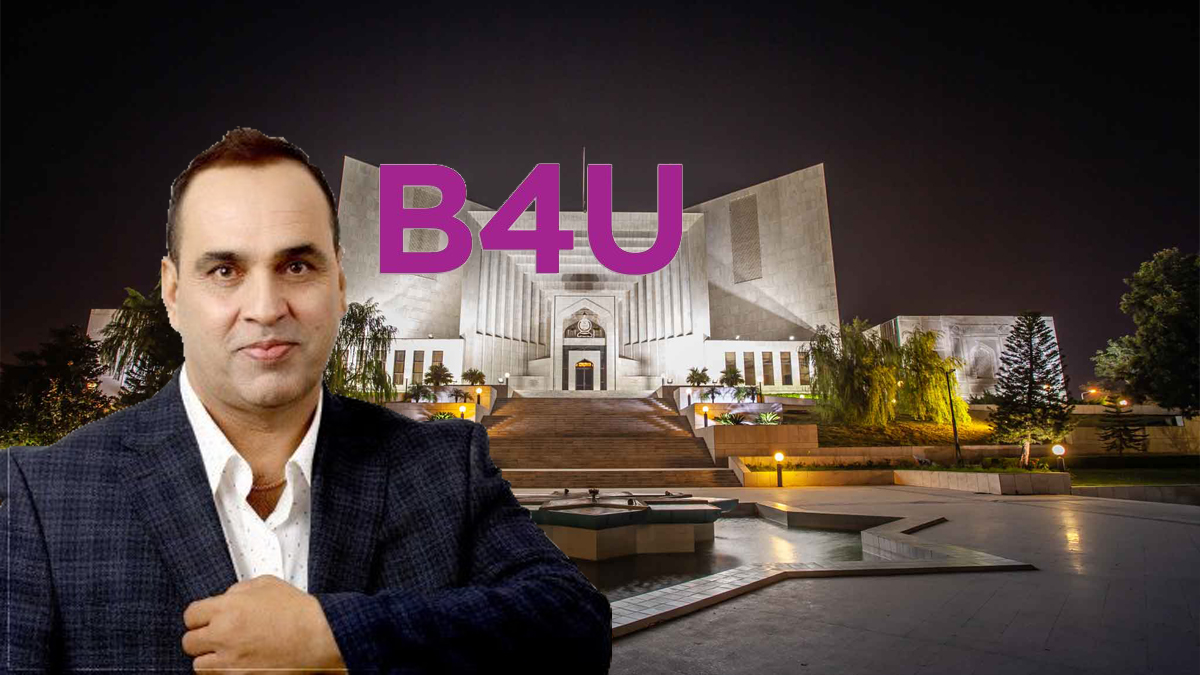 Acting Chief Justice Umar Ata Bandial Monday took notice of the arrest of Saif-ur-Rehman, a private company’s CEO, from the premises of the Supreme Court of Pakistan in the Mudaraba fraud case.

Bandial sought clarification from the National Accountability Bureau (NAB) on its commando action.

NAB arrested Saif-ur-Rehman in the fraud case while he was on his way from the Islamabad High Court to the Supreme Court – after his bail plea was rejected.

Advocate Latif Khosa appeared on behalf of Saif-ur-Rehman, saying that his client had come to the SC for pre-arrest bail.

Rehman was able to obtain an interim bail from the Supreme Court against Rs 1 million surety bonds on Monday, shortly after NAB Rawalpindi arrested him from the SC’s premises.

He is the owner of B4U Group of Companies (renamed as Saif-ur-Rehman Group), is under the accusation of cheating the public at large in a multi-billion scam.

He, on Thursday, had managed to escape from the IHC after a bench consisting of IHC CJ Athar Minallah and Justice Amir Farooq Kayani rejected his bail application. Since then, the NAB officials were on a hunt for him.

During the SC hearing, Justice Munib expressed displeasure over the arrest of the CEO from apex court premises by NAB officials.

“Rule of law is more significant than the recovery,” he remarked.

He inquired what was the emergency that NAB had to arrest Saif from the SC premises in dramatic style.

The Court directed the NAB officials, who were implicated in the arrest of the B4U CEO from the Supreme Court, to deposit a surety bond against Rs1 lac each. The SC office was ordered to submit the incident footage on the next hearing date.

Justice Bandial remarked, “If NAB has to make a recovery, it should be done in accordance with the law”.