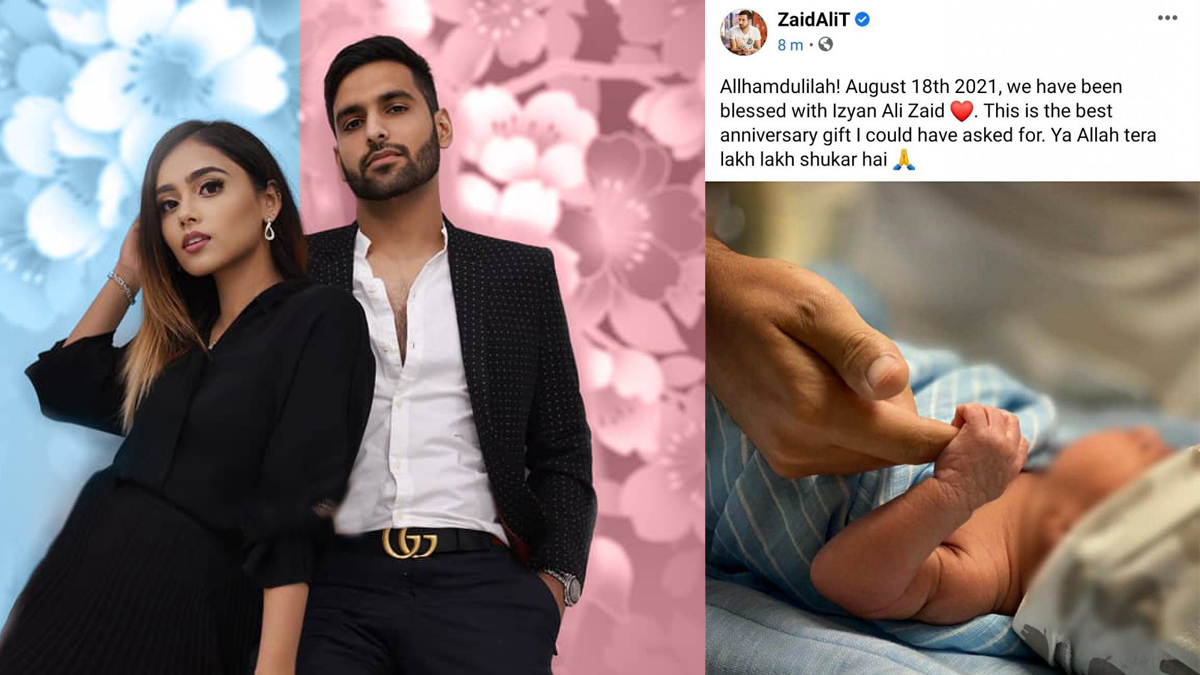 Pakistani-Canadian YouTuber Zaid Ali and his wife Yumnah have welcomed their first child together.

The couple, on Thursday, turned to their Instagram to lay forth a photo of their bundle of joy.

Zaid had announced their pregnancy earlier this year.

“Alhamdulillah! August 18th 2021, We are blessed with Izyan Ali Zaid,” he revealed the name of his baby boy.

“This is the greatest anniversary gift I could have asked for. Oh, God! Bundle of thanks to you (Ya Allah tera lakh lakh shukar hai)” the vlogger captioned alongside the photo of his son Izyan wrapped in a blue blanket.

Zaid, earlier this month, posted a photo with his wife while the love birds expected the arrival of their baby.

“InshAllah our child is due any day now!” said the massively adored social media influencer.

Fans and fellow celebrities have since been congratulating the duo in the comment section of Zaid’s post.

“What an awesome day, Mashallah. Congratulations to both of you! Can’t wait to meet and greet little Izyan,” chimed in Zoya Nasir.

Yumnah and Zaid tied the knot on August 18, 2017, and announced that they were expecting their first baby in March this year. They also shared a video of their ‘gender reveal’ party on YouTube.

In July, Zaid’s wife celebrated her 30th birthday and shared cute photos online but instead of standing on the receiving end of birthday wishes, she received jibes for being four years older than her husband. As Zaid claims to be 26-years-old and most Pakistanis believe the only acceptable form of marriage is between a much younger woman and an older man, Yumnah was not spared by trolls.