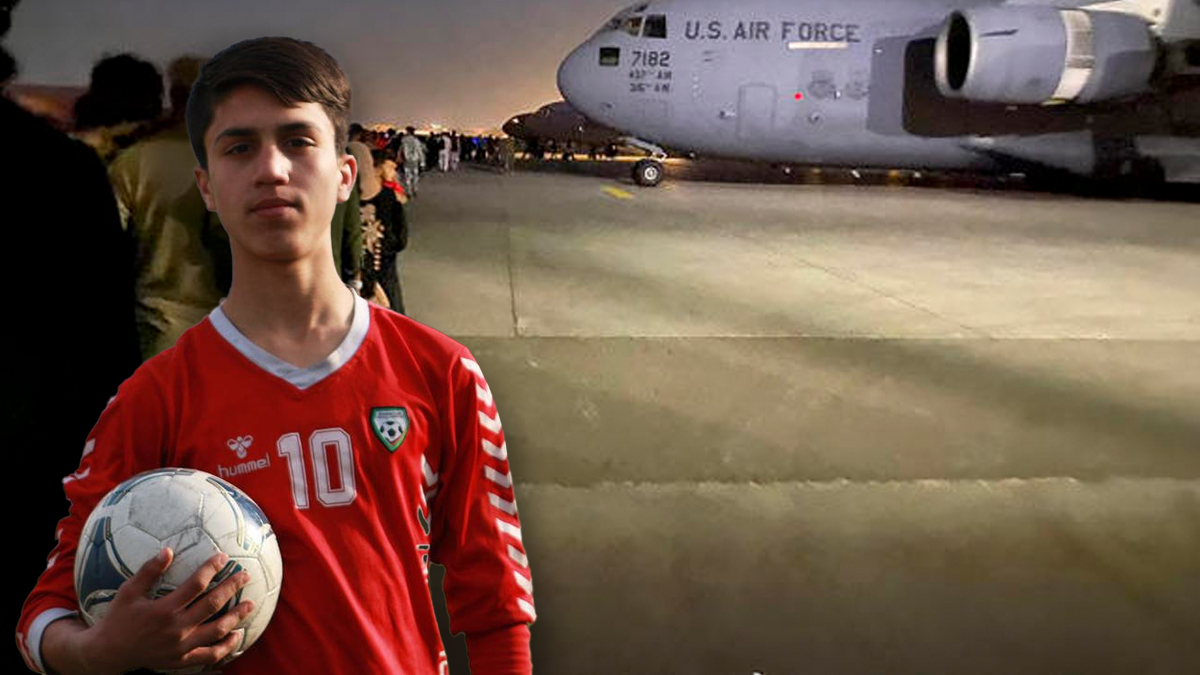 Afghan authorities confirmed Thursday that a young footballer fell to death after trying to escape on a US military plane leaving Kabul airport.

Zaki Anwari, 19, was a player of Afghanistan’s national youth team.

More details of when he died have not yet been disclosed.

Since the Taliban’s takeover of Afghanistan, thousands of people have rushed to Kabul’s airport as Western countries hasten to evacuate their citizens and Afghan colleagues.

Images surfaced on Monday showing thousands of people running alongside a US air force plane as it rolled down a runway. Some people could be seen clinging to its side.

As per local media reports, at least two people fell to death after it took off. The US air force has also verified that human remains were located in the landing gear of an aircraft after it reached Qatar.

“Before the crew could offload the cargo, the aircraft was encircled by hundreds of Afghan civilians,”  Ann Stefanek, US Air Force spokeswoman, said.

“Faced with a deteriorating security situation around the aircraft, the aircrew decided to leave the airfield as quickly as possible.”

A government institution that works with sporting groups – the General Directorate of Physical Education and Sports of Afghanistan -confirmed the death of Zaki Anwari in the destruction that erupted at the airport in the capital this week.

“Like thousands of Afghan youths, Anwari wanted to leave the country but couldn’t hold on to the US plane and died,” a statement posted on Facebook by the group said.

US President Joe Biden has also come under severe pressure at home and abroad to explain how his government was seemingly unprepared for the Taliban’s quick assault and how US troops are withdrawing from Afghanistan.

Visions of the Taliban’s cruel regime of the 1990s – which saw the ban of music and television, women confined to their homes, and people stoned to death – have caused a lot of panic about what lies ahead, inciting many Afghans to try to flee.