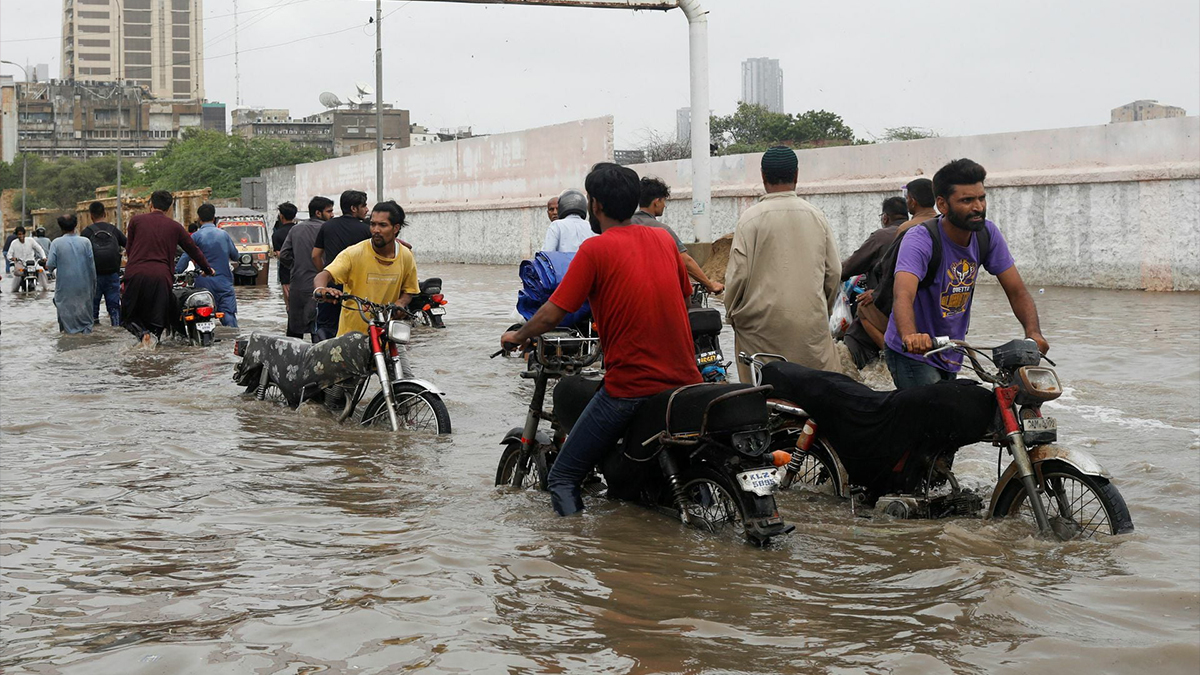 City of Lights in Shambles

While most city dwellers lament the fact that the city of lights is quickly turning into one of the least liveable cities in the nation due to subpar civic facilities and a number of other factors on a daily basis, with the arrival of monsoon rains, the grief becomes a collective thought overwhelming every person in the city.

Despite the fact that the region was a well-designed, well-planned, well-structured, and cleverly architected suburb of the city, North Nazimabad is being completely destroyed by the heavy rains that have been lashing the metropolis.

Since the beginning of the monsoon, the neighborhood’s streets have been flooded with rainfall and sewage; yet, the relevant authorities have made very little effort to clear the streets or fix the potholes and damaged roadways.

Only because of the criminal disregard of the appropriate government agencies do the locals feel depressed and destitute.

Carlo Scarpa and Aldo Rossi, two of the greatest Italian architects and designers of the 20th century, planned and created North Nazimabad, a housing development for federal employees living in Karachi that was built in the late 1950s by the Karachi Improvement Trust (later replaced by the Karachi Development Authority).

It was separated into many alphabetized blocks with dwellings varying in size from 240 square yards to 2,000 square yards. Every block in North Nazimabad has at least one residential building.

One of The Wealthy Neighbourhoods

North Nazimabad, once one of the wealthy neighbourhoods in the city, is now no better than the slums or like a goth.

After the capital was moved to Islamabad in the 1960s, the land was then made accessible to the general people. But as time went on, the region, which is part of district Central, got worse.

With each passing year, the area’s condition has gotten worse, as evidenced by the area’s deteriorating roads, demolished infrastructure, lack of utilities, inadequate sewerage system, high-rise buildings that have turned the area into a concrete jungle, extensive commercialization, open and unfenced drains, and piles of trash on the streets and roads.

Additionally, the region turned out to be a top spot for some unlawful development.