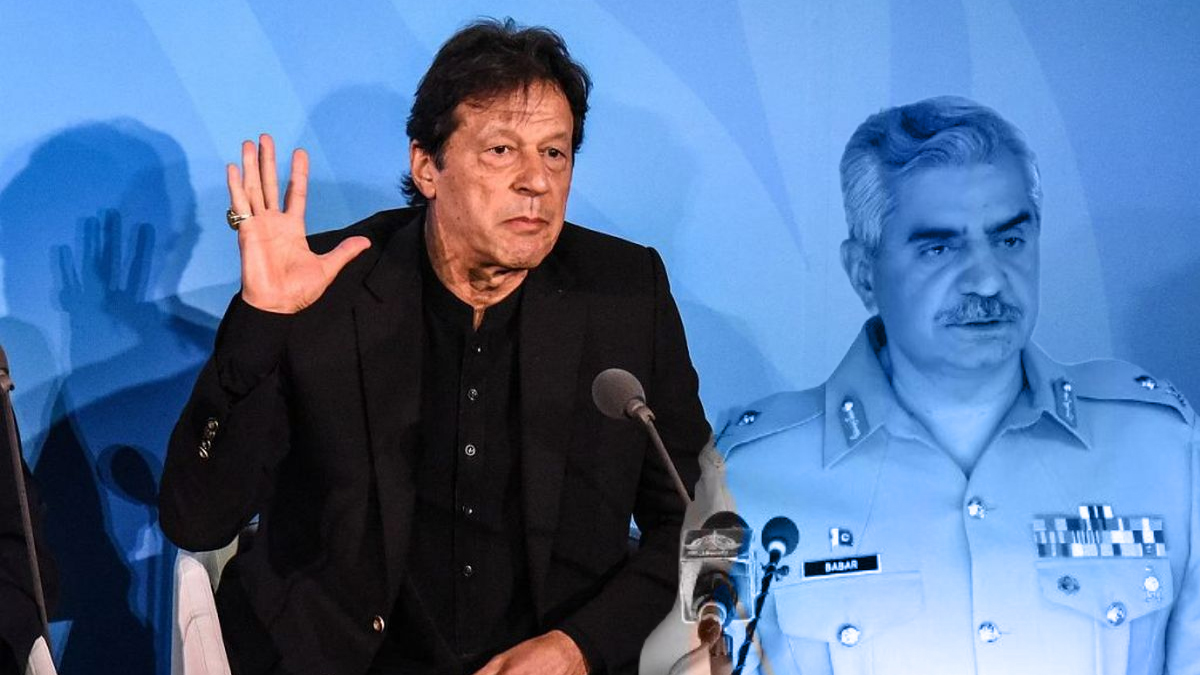 There Is No Government in Punjab: Imran Khan

Pakistan Tehreek-i-Insaf (PTI) chairman Imran Khan claimed Wednesday that there was no government both in the Center and in Punjab.

In a conversation with party workers in Rawalpindi, Khan said: “There is no government in the Center and Punjab as the criminal mafia is ruling the roost and as a result, the people are suffering the most.”

Pakistan’s Most Populous Province Was in Polticial Chaos

He said Pakistan’s most populous province was in a state of complete political chaos since the “corrupt son” of the “crime minister” took power in Punjab through a fraudulent election. Khan said police and local administration in Punjab had joined hands with this mafia and unleashed a wave of terror on PTI leaders, workers, and their families.

He said police had used force against “peaceful protesters” in Islamabad, like the tactics used by police against the people of India-occupied Kashmir.

In another address, Khan made it clear that he was fighting for the “real and true independence” of the country.

People Are Getting Crushed Under Inflation

The PTI chief said those who had plundered the country for 30 years had been again imposed through a US-backed conspiracy, bringing the country to the verge of bankruptcy as people were getting crushed under inflation.

The ex-prime minister said attempts were being made to deprive the people of their basic right of peaceful protest, recalling the “excesses against PTI leaders and workers” on May 25.

“Even in the martial law government, police and Rangers are not allowed to use teargas and shelling, but they resorted to all these brutal tactics because they are well-aware of the consequences if the people took to the streets,” the former premier said.

He said DG ISPR was no one to decide whether the US-backed regime-change operation was an intervention or a conspiracy. He said the matter had relevant forums where it could be decided, and all institutions should stay in their circle as decided by the constitution.