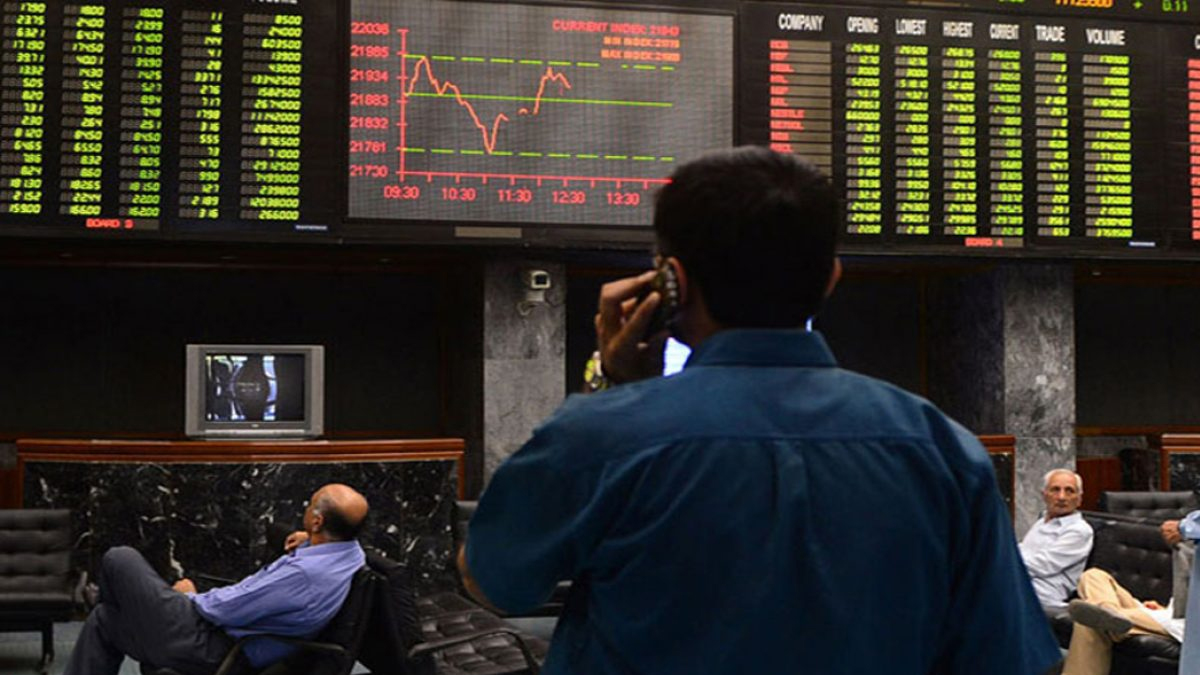 The benchmark KSE-100 index of the Pakistan Stock Exchange (PSX) started the trading day on Monday up over 600 points.

Following the government’s announcement of a 10 percent “super tax” on large-scale industries including cement, steel, sugar, oil and gas, fertilisers, LNG terminals, textile, banking, automobile, chemicals, beverages, and cigarettes, the index crashed on Friday, losing over 2,000 points, or 4.8 percent, in the morning session.

Salman Naqvi, head of research at Aba Ali Habib Securities, credited the increase today to a number of elements as well as forthcoming positive news.

Loan arrangement Will Be Finalised After Receiving A Letter

The loan arrangement will be finalised after Pakistan hopefully receives a letter from the IMF today, he told Dawn.com.

He continued by saying that the $2.3 billion Chinese loan rollover deposit had also been made, which had boosted investor confidence. In relation to delayed oil payments, we are also in discussions with Saudi Arabia, Naqvi said.

Stocks exhibited a remarkable comeback, according to Ahsan Mehanti of the Arif Habib Corporation, ahead of this week’s budget vote to resume the IMF rescue programme.

Bullish activity was sparked, he continued, by rising global stocks and the potential approval of a Saudi oil deferred payment facility of up to $3.6 billion.

The $2.3 billion in commercial loans from China, according to Raza Jaffrey, head of research at Intermarket Securities, are “improving the balance of payments and lifting mood at the KSE-100.”

He continued, “There was also a sense that Friday’s collapse was overdone, especially as it moved the IMF programme closer, because it was caused by the one-time heavy taxes on some sectors.”