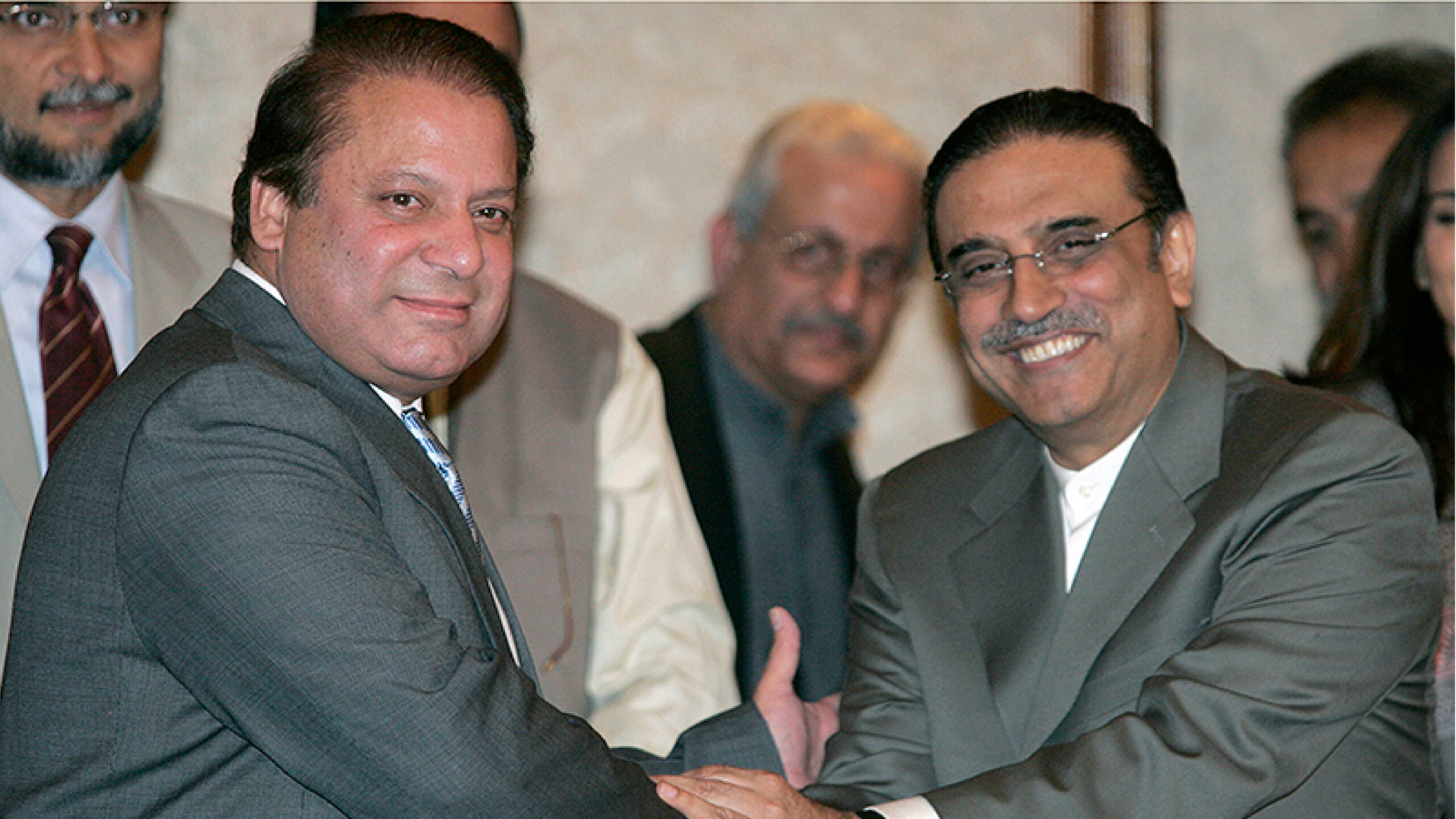 ISLAMABAD: In a shock to the Pakistan Democratic Movement (PDM), former president Asif Ali Zardari, on Tuesday, said that the matter of resignations from the parliament was to be proceeded with only if former prime minister Nawaz Sharif returns from the United Kingdom.

“You will have to come back to the country if you have to go on an all-out war against the government, be it the resignations from the assemblies or a long march. Once you come, we will submit our resignations,” sources quoted Zardari as he addressed the PDM meeting via a video link.

“My domicile is different but I am prepared for a war against the government. Mian Sahib, you represent Punjab and if you want the resignations then we all have to prepare to go to jail,” he said.

Zardari also asked for Ishaq Dar, who being senator, did not come to vote and said that he should also come back. He also opposed the idea of submitting resignations from the parliament, saying that the PDM had a major success in the parliament and leaving the field would signify strengthening Imran Khan and the establishment. He spoke against taking decisions of this sort that will cause rifts in the PDM and will benefit undemocratic forces.

PML-N Vice President Maryam Nawaz said how Nawaz could come back when he faced life threats in NAB’s custody.

“Can you give my father’s life guarantee,” she asked Zardari. “Mian Sahib faced threats to his life in the NAB custody and suffered two heart attacks while he was in jail,” sources quoted Maryam.

Ameer JUI-F Fazl-Ur-Rehman said that nine out of the total 10 parties of PDM were in support of resignations from the parliament while only PPP had reservations about the decision. He said that the PPP should obey the decision of the majority.

Meanwhile, the PPP and PML-N also were at loggerheads on the issue of opposition leader in the upper house. The PPP wanted Gilani for the slot but PML-N refused to accept saying that it had already been decided that the slot of the opposition leader will go to the PML-N.