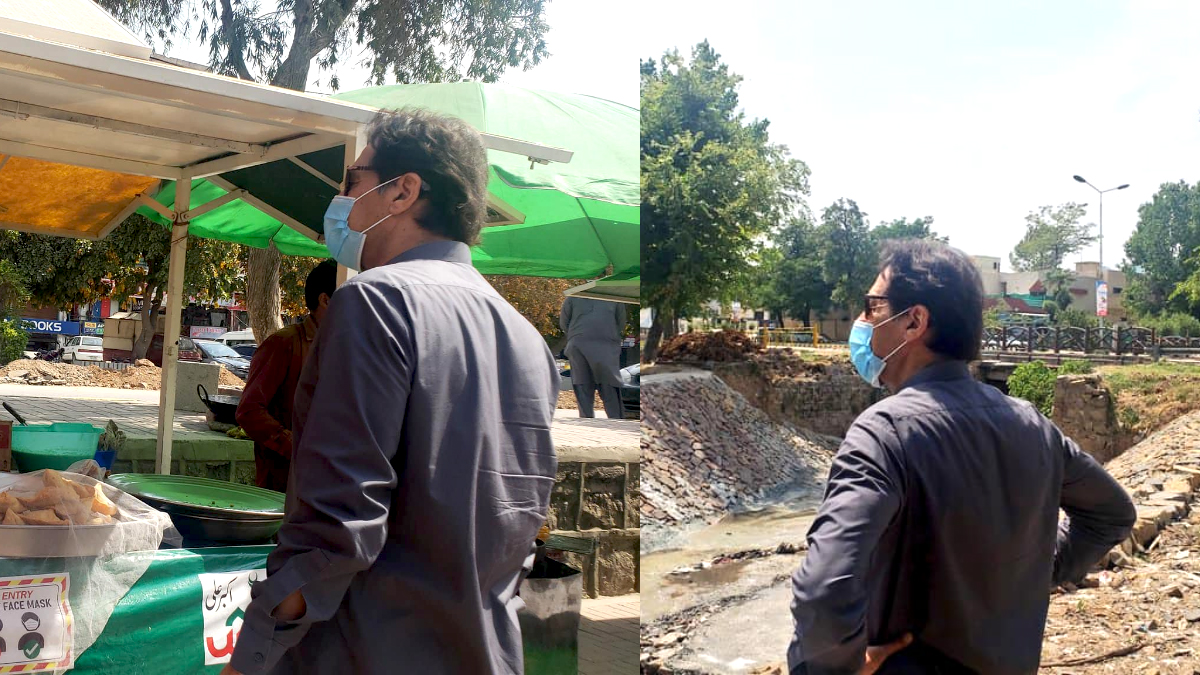 Through this visit, the prime minister aimed to take a first hand view of the situation of people and small scale business holders due to Covid-19 pandemic. He also inspected development programs in the area, reported his office. Not only this but the premier also drove himself to these places.

Many videos and pictures circulated since his unannounced trip, which prove that Khan was driving himself to these places and chooso the spots so that he can stop and talk to people in these areas.

The premier’s office tweeted, “The PM visited G-11 Markaz and talked to vendors. He instructed them to adhere to SoPs. The PM also visited Sewerage Plant I-9 and Korang Cricket Ground.” While visiting the G-11 Markaz, he took a look at all the modular carts created under the Ehsaas programme’s Rerhi Baan initiative, says a news report.

On his tour, the prime minister was accompanied by Senator Faisal Javed Khan. Senator had later tweeted that Khan had stopped at every signal and waited patiently for the traffic light to turn green. Chairman of Capital Development Authority, Amer Ahmed Ali, was also present with them on this trip.

In his tweet, Khan added that just like the prime minister, others too, should put an end to the VIP culture for government officials.