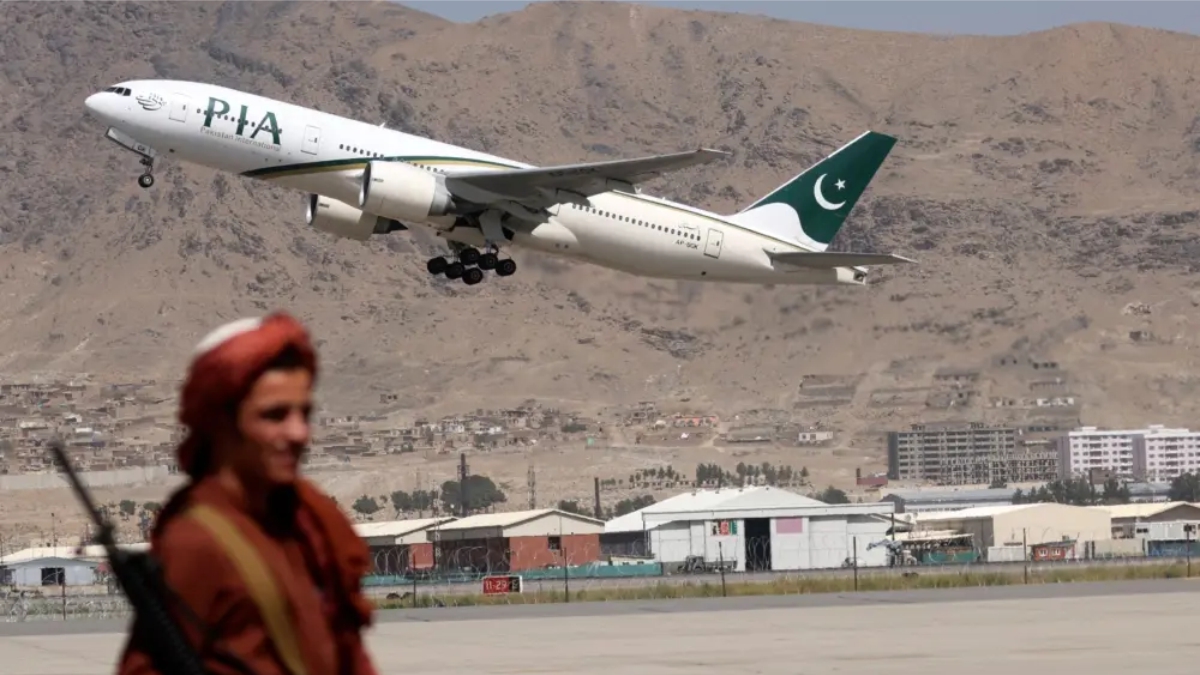 On Monday morning, the Pakistan International Airline’s (PIA)
plane landed in Kabul.
It then made a return flight to the Pakistani capital, Islamabad.
About 70 people were aboard the flight to the Pakistani capital.
They were primarily Afghans who were relatives of staffers with
organisations of international stature such as the World Bank –
as per the airport ground staff.
This is the first such development since the Taliban regained
power last month, offering a glimpse of hope to those Afghans
desperate to leave the country.

Read More: Taliban allow women education but classes must be segregated
A PIA spokesman said that the airline was keen to get back to
its regular commercial flight from Kabul to Islamabad.
The Kabul airport was left trashed after the US-led forces ended
their chaotic evacuation of about 120,000 people. The Taliban
have scrambled to get it operational since, with technical aid
from Qatar and other countries.
Experts say that the resumption of commercial flights would be
a critical test for the Taliban – as they have repeatedly promised
to let Afghans, having their proper documents, leave the
country freely.
It has been observed that working under the new regime is a
mix of fear and confusion for women.
“I don’t know whether we will be killed or not for working here,”
a woman was heard speaking to the international media.
Qatar Airways operated numerous charter flights out of Kabul
last week, carrying foreigners and the remaining Afghans who
missed out on the evacuation.
On the other hand, it has been revealed that the United States
spent a whopping $290 million consecutively for 7,300 days on
its nation-building projects and war efforts in Afghanistan.
This came to light via a report compiled by Brown University.
“That’s how the US ended up spending $2 trillion in the last 20
years in Afghanistan that helped create a small class of young,
ultra-rich Afghans,” the report states.