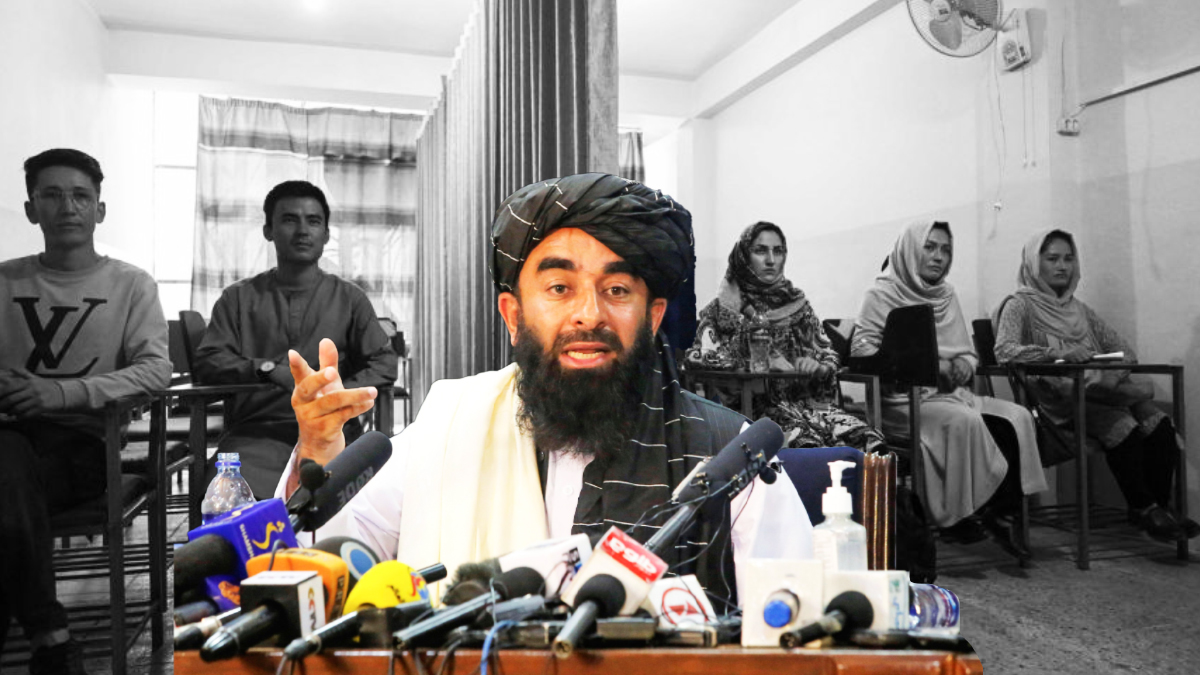 The issue of women’s education is one of the central questions facing the Taliban as they are on a roll to tell the world that they had changed since their harsh fundamentalist rule in the 1990s when women were banned from studying or working beyond the vicinity of their homes.

The Taliban’s new Higher Education minister announced, on Sunday, that women in Afghanistan are to be allowed to study in universities on the condition of Islamic dress code and gender segregation – which are to be deemed mandatory.

This announcement comes as the country seeks to rebuild after decades of war.

Abdul Baqi Haqqani said that the incumbent Taliban government would “start building the country upon what exists today”.

He said his fellow ministers do not want to turn the clock back to about 20 years to when they were last in power.

“Thanks to Allah that we have a high number of female teachers. Thus, we will not be facing any problems in this regard. All efforts will be locked to find and provide women teachers for female students,” he said at a news conference in Kabul.

Haqqani reiterated that female students are to be taught by female teachers wherever possible. He said classrooms would remain separated – a step in accordance with the movement’s analysis of the Islamic Sharia law.

“When there is a need, men can also be allowed to teach women, but the latter should observe the veil in accordance with Sharia,” he said.

Taliban officials have clarified that women will be allowed to study and work in accordance with their interpretation of the Sharia law and local cultural traditions with regard to strict dress rules.

Haqqani said hijab – religious veil – is to be deemed mandatory for all female students, but he did not specify if this meant headscarves or complete face coverings.