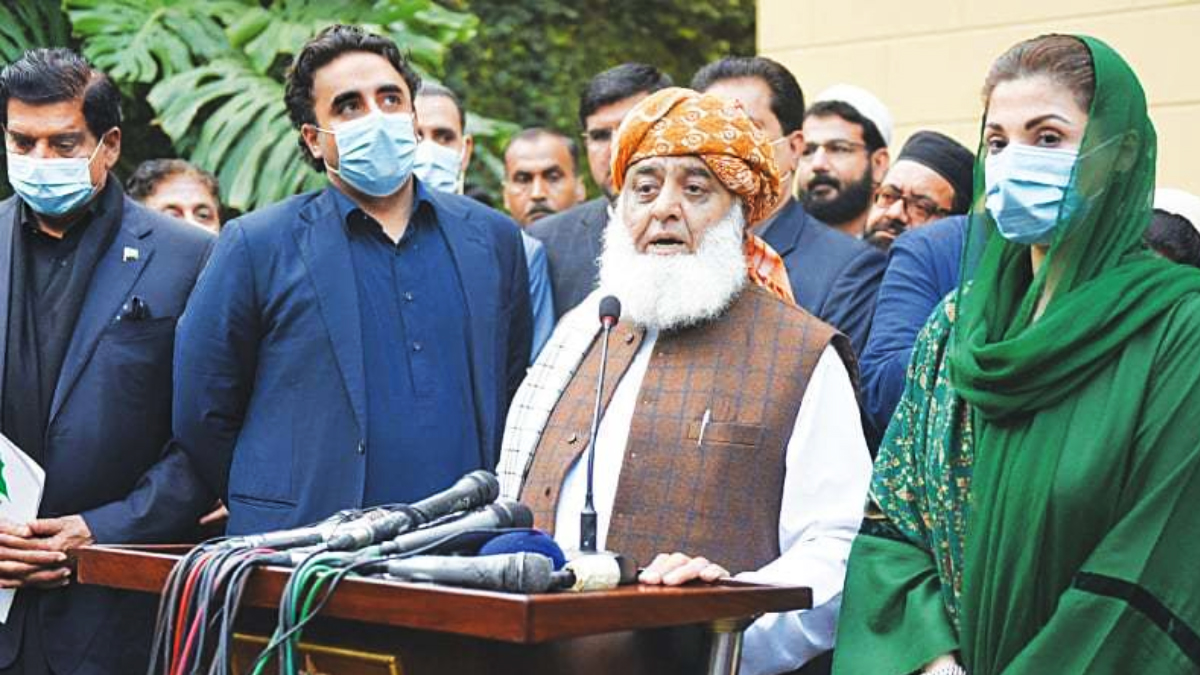 ISLAMABAD: Chief of Pakistan Democratic Movement (PDM) and leader of Jamiat Ulema-i-Islam (JUI-F) Maulana Fazl-ur-Rehman has requested the Pakistan Peoples Party (PPP) and Awami National Party (ANP) to “rethink” their decision of moving out of the opposition’s alliance.

Maulana was seen restarting his political activities after a break of two weeks in which he was advised bed-rest and a break from the political circuit by his doctors.

He was talking to the press after leading the first meeting of the alliance without PPP and ANP.

He said that PDM will keep its struggle going on and will strive to achieve its objectives that include overthrowing the PTI-led government.

Read More | PPP decides to resign from all posts of PDM

“PPP and ANP have an opportunity to rethink their decisions and come back to the PDM. Our doors are always open for them. We will remove their grievances, for sure, when we sit together,” said Maulana.

He said that show-cause notice was just a way of asking to explain why a certain step was taken. He termed the reaction of the PPP and ANP to the show-cause notices given to them as “childish and not in line with their overall political stature and experience”.

Fazl said that the ANP and PPP shouldn’t have made the issuance of show-cause notices, a matter of “ego and self-respect” and they should have answered the notices in a “more dignified manner”.

These two parties, he said, should have called for a meeting of the heads of the alliance or the steering committee to set forth their viewpoint and resolve the matter.

He regretted that the PPP and ANP chose the way of responding to the notices through the media. After PPP and ANP leaving the opposition’s alliance, it has now been reduced to an eight-party group. Tuesday’s meeting was, however, attended by members of five parties.

No group can be allowed to dictate the state: Fawad