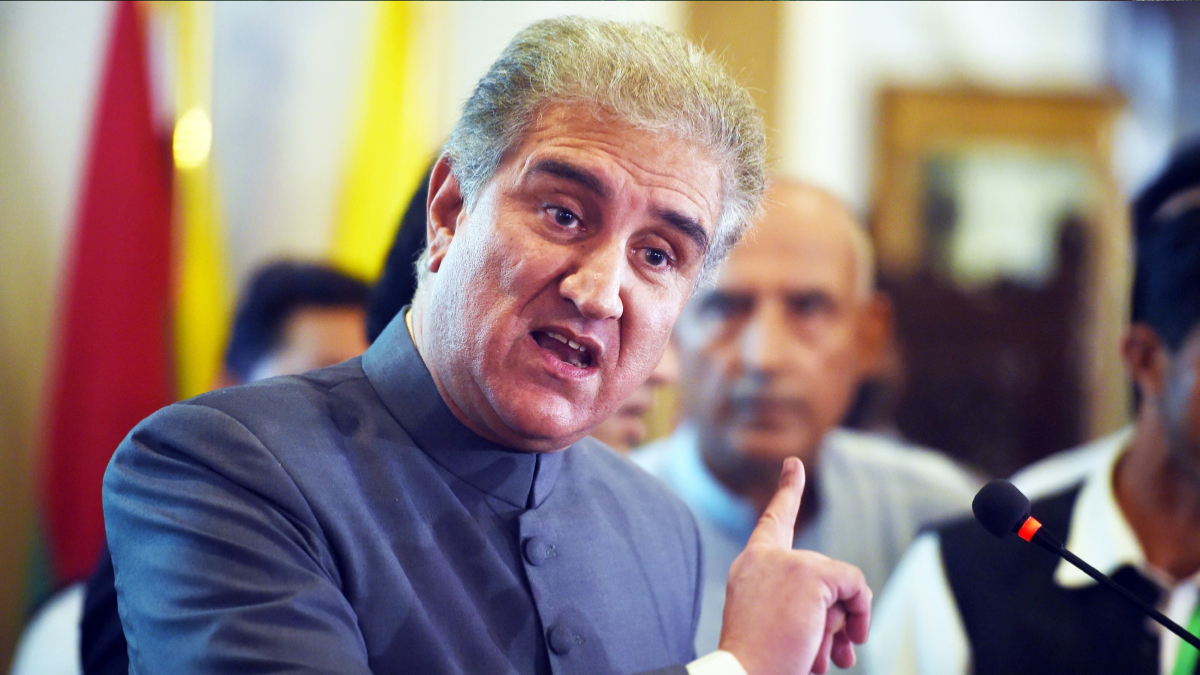 Vice Chairman Of PTI Claims :Own Party Plotted Against Him To Prevent Him From Winning The Position

Shah Mahmood Qureshi, vice chairman of the Pakistan Tehreek-i-Insaf (PTI), claims that his own party plotted against him to prevent him from winning the position of chief minister of Punjab by ensuring his loss in the provincial assembly seat in the 2018 general election.

Late on Tuesday night, he was speaking to a crowd at the [by-election] rally staged in Sadat Colony in PP-217 (Multan).

PTI’s Federal & Provincial Governments Would Still Be In Place

According to Mr. Qureshi, the PTI’s federal and provincial governments would still be in place if he had been elected chief minister of Punjab.

“If I had been chosen (CM), I would have promoted growth in the region. The people have another opportunity right now, and they ought to choose my son Makhdoomzada Zain Qureshi. Additionally, I was questioned by a few PTI office-holders whether I should not nominate my son for PP-217, but I replied that we would be running against the turncoat.”

After 25 PTI members in the Punjab Assembly defected, the election commission disqualified them, leaving the PP-217 seat empty.

In the 2018 general election, Mr. Qureshi ran for both a national and a provincial seat, but lost to Salman Naeem, an independent who later joined the PTI to form the Usman Buzdar government before defecting after Imran Khan was ousted as prime minister following a vote of no-confidence in the national assembly.

While speaking to TV stations, former federal minister Fawad Chaudhry backed up Mr. Qureshi’s assertion and claimed that PTI members had plotted against Mr. Qureshi and supported his opponent for the provincial assembly seat.

Won Seats In Both The Provincial And National Assemblies

Chaudhry ran for and won seats in both the provincial and national assemblies in the 2018 election.

He also advocated for the position of the chief minister, but PTI Chairman Mr. Khan ordered him to give up his membership in the provincial parliament and join him as the information minister in the national assembly instead.

Aleem Khan, another candidate for the coveted position, was forced to become a senior minister in the Usman Buzdar administration. Khan failed to express any enthusiasm for the job and [supposedly] persisted in lobbying against Mr. Buzdar.

Later, in February 2019, the National Accountability Bureau (NAB) detained Aleem Khan for five months in connection with a corruption investigation.