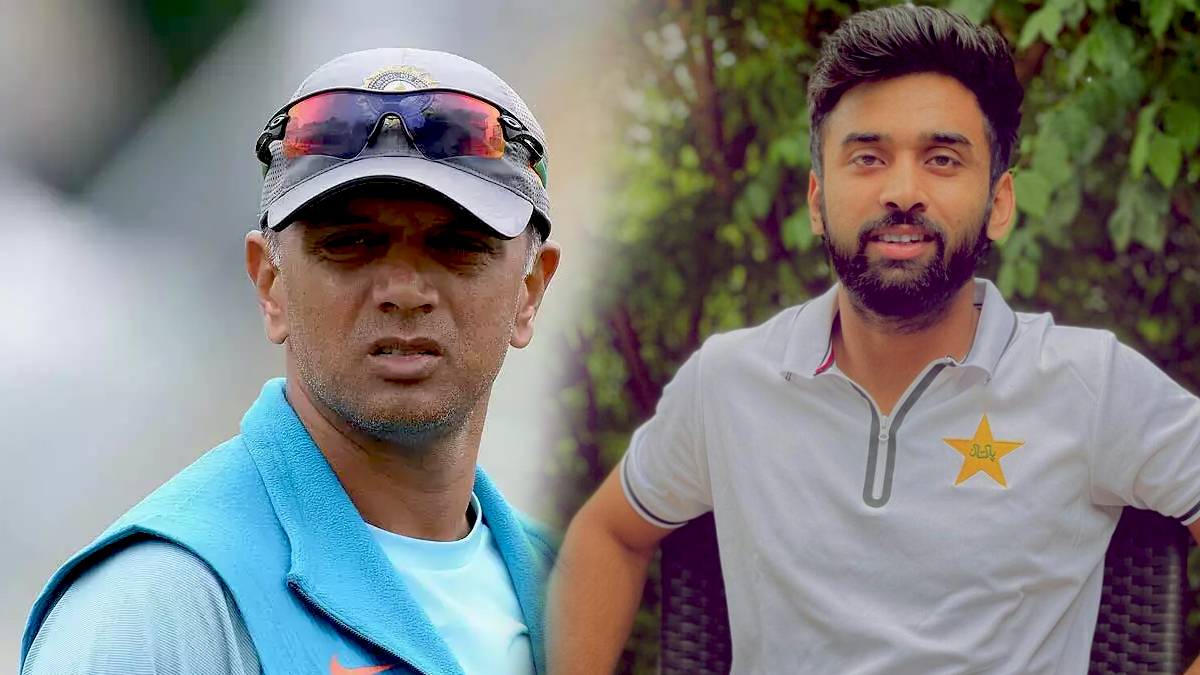 Abdullah Shafique, the Pakistani Test captain, feels honoured that Rahul Dravid, an Indian legend, has been likened to him.

The fashionable right-hander, who made his international debut against Bangladesh the previous year, made an impression during Australia’s March visit to Pakistan.

Prior To An 81-Run Innings In Lahore

Prior to an 81-run innings in Lahore, he struck a century in the first Test and a key 96-run second-innings knock to save Pakistan in the second Test in Karachi.

In a recent interview, Babar ended up comparing Abdullah to Dravid and the New Zealand captain Kane Williamson because he was so impressed with Abdullah’s technique.

Speaking to reporters outside Pakistan’s training session for the upcoming series against Sri Lanka at the Pindi Cricket Stadium on Tuesday, Abdullah said, “I am honoured that Babar compared myself with Dravid.”

The 22-year-old, though, admitted that he looks up to former Australia captain Ricky Ponting and current batting coach Mohammad Yousuf more than Dravid or Williamson.

In Karachi, Abdullah and Babar worked together for a 228-run partnership that helped Pakistan manage a historic draw despite a disastrous first innings performance. Babar nearly missed a double century.

The batter from Lahore claimed that Babar was teaching him “a lot.”

Babar Believes In Each Member Of The Squad

Babar believes in each member of the squad and always praises their efforts, according to Abdullah.

Abdullah was also a member of the Pakistani team that recently defeated the West Indies in a three-match One-day International series. However, the Lahore Qalandars player was absent from all of the contests.

“It was a wonderful experience for me, in fact. Despite not having the chance to participate, I enjoyed being among the other guys who were,” he said.

Abdullah is excited about Pakistan’s upcoming two-match Test series against Sri Lanka, which begins on July 16. Abdullah averages 68.37 in tests and is looking forward to it.

He claimed that practicing throughout the current camp will be helpful to get ready for any conditions the island may present.

Although we played well against Australia in the most recent series, Abdullah noted that Sri Lanka would provide new difficulties.

“However, we are arranging for this.”

“I’m also prepared to seize the chance and committed to doing well.”