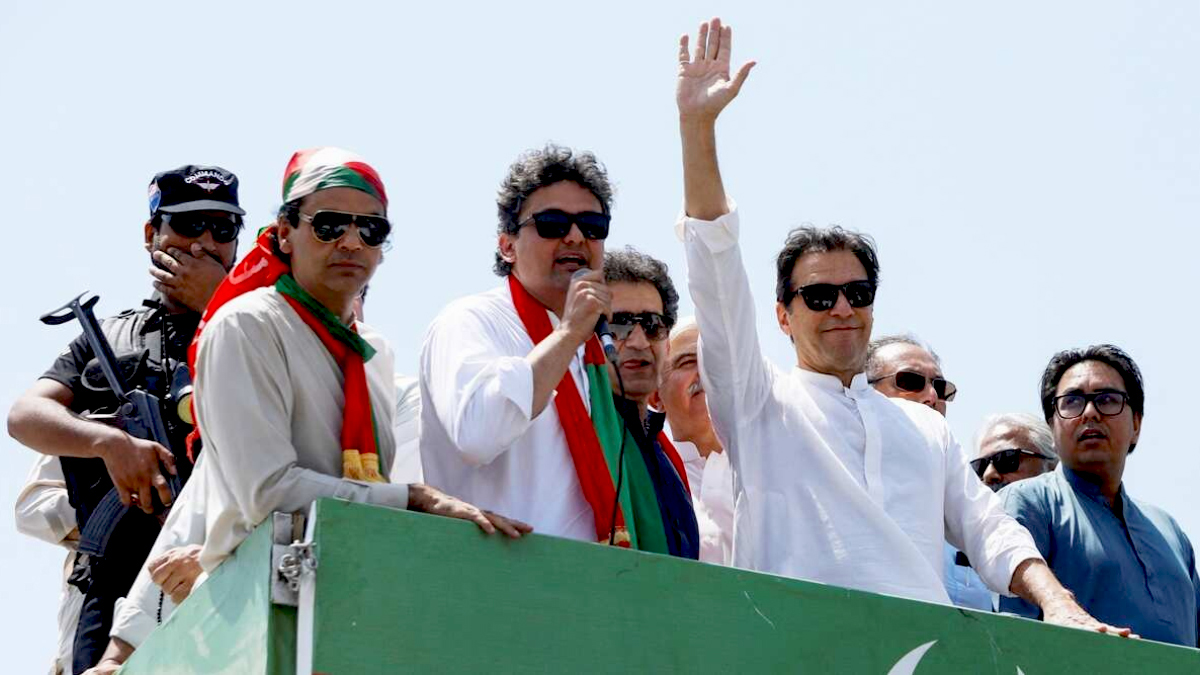 Imran Khan, the chairman of Pakistan Tehreek-i-Insaf (PTI), announced on Monday that he would lead the mass demonstrations on July 2 at Islamabad’s Parade Ground against the “imported government imposed on Pakistan through a US regime change conspiracy,” exactly one month after cutting short the Azadi March with a six-day “ultimatum” to the PML-N government for an official statement of early elections.

Imran Khan presided over a meeting of the party’s political committee when it was decided on a future course of action and the country’s overall political position in the face of rising inflation. Along with other central and regional leaders of the party, Asad Umar, Pervez Khattak, Asad Qaiser, and Aamir Mehmood Kiyani attended the meeting as PTI’s Central Secretary-General.

They denounced the lawlessness that they claimed was present during Sindh’s initial round of local government elections, and they expressed grave worry over what they dubbed the Election Commission of Pakistan’s (ECP) alleged failure to conduct free, transparent, and credible elections. However, they expressed “pleasure” and “satisfaction” over PTI’s resounding victory in PK-7 Swat, when PTI handed the candidate sponsored by 13 major parties, ANP, a crushing defeat.

The politicians voiced their concerns about the growing number of allegations of pre-election rigging by the coalition government in the 20 Punjab constituencies where by-elections would be held on July 17.

They claimed that the public’s enthusiasm for the by-elections was “a glimmer of hope” and that the government’s days were numbered.

At the meeting, there was also a briefing on the Parade Ground protest’s preparations. The party’s chapters in Rawalpindi and Islamabad have been told to expedite their planning and public outreach efforts in order to make the event historic.

They also looked at how the administration had prepared for the price increase and budget approval.

The PTI chairman announced the protest plan and stated that he would be in charge of the protest march on July 2 since a significant movement against the government was unavoidable. He claimed that people from all walks of life, particularly young people and women, were more politically mature than ever, which was also apparent from their overwhelmingly negative response to the overthrow of his government.

He claimed that “local Mir Jafars” were more merciless in their disregard for the Constitution, the law, and democratic principles. In a related development, Shahbaz Gill, the former premier’s chief of staff, stated at a press conference that according to police, the Banigala employee who was caught on camera on June 25 installing a bug in Mr. Khan’s bedroom was not mentally stable despite having been employed there for years.