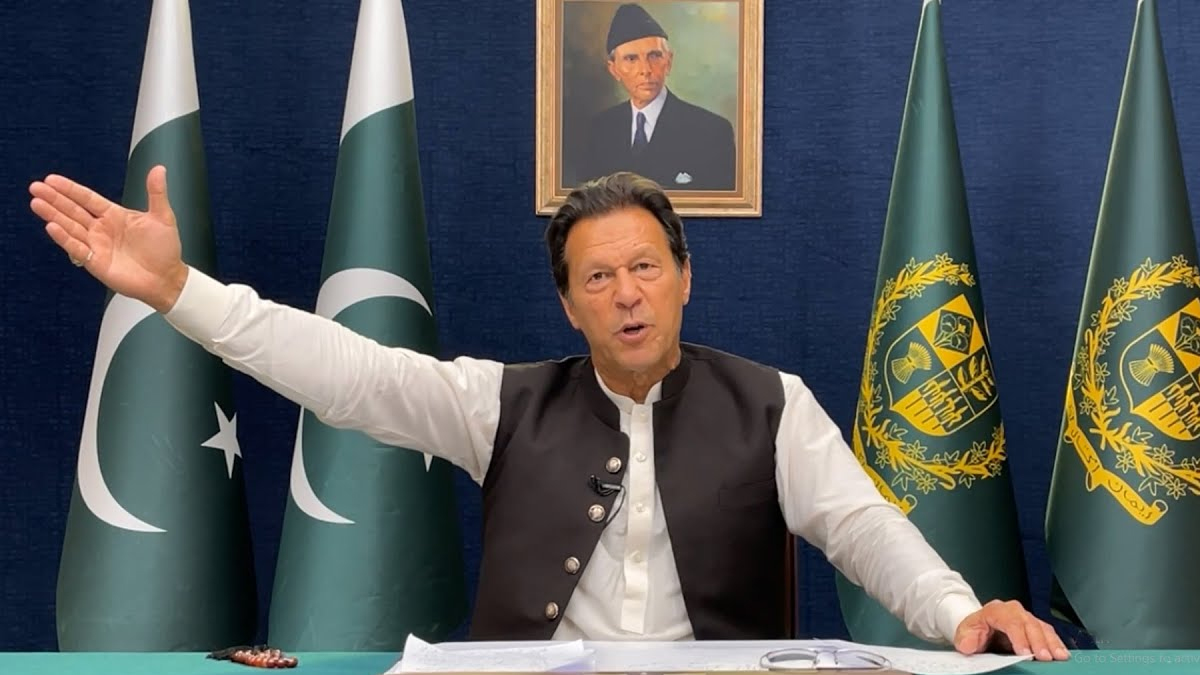 The Pakistan Tehreek-i-Insaf (PTI) officially began its by-election campaign in Punjab on Sunday. Party head Imran Khan made hurried trips to four constituencies in Lahore to inspire supporters to humiliate “turncoats” as a lesson.

As Usman Buzdar resigned as chief minister, the PTI pitted four-party stalwarts against dissidents (now PML-N candidates), who left the party at a key time for the re-election of the Punjab chief minister.

Mr. Khan Pledged To Bring Back Rs. 1,100 billion That The Sharifs Had Laundered

Mr. Khan pledged to bring back Rs. 1,100 billion that the Sharifs had laundered abroad and “forgiven under the NRO-2 through the NAB amendment” in his speeches at each Lahore constituency. He claimed that these by-elections were not just about politics but a “jihad to win real independence” for Pakistan.

He claimed the allegations of money laundering of Rs. 1,100 billion against PM Shehbaz Sharif and his son CM Hamza Shehbaz were closed cases but were forced onto the country through a plot.

He claimed that the Sharif family had previously obtained NRO-1 from the late president Gen. Musharraf and fled to Saudi Arabia with the intention of returning later to pillage the nation for a further ten years.

He said, “The entire Sharif family wants to come back for more looting and robbery.”

Imran Khan urged young people and women to knock on doors, rouse residents from their homes on election day, and make sure the PML-N doesn’t rig the results using “umpires.”

He stated, “The PTI has to defeat all the turncoats who are genuinely counting on the assistance of umpires,” and added that the turncoats had broken the law and the Constitution in addition to betraying democracy and the voters who had supported them in the 2018 general election.

He claimed that because the “regime change conspirators” had humiliated the country, the people would never forgive them.

The PTI’s victory thanks to strong popular support would help remove Hamza Shehbaz’s phoney government, retake control, and call for new general elections, he claimed, adding that the entire country was watching the 20 by-elections in Punjab.

The PTI leaders and workers who were leading a peaceful protest march on Islamabad, according to Mr. Khan, were targeted by the “false” PML-N government. “The current administration wants to terrorise the populace so that they won’t leave their houses on election day, allowing it to rig the results with the assistance of umpires,” he continued.

PTI Chairman Urged His Team To ECaution At Polling Places

Ahead of the July 17 election, the PTI chairman urged his team to exercise caution at polling places and harshly attacked the Election Commission of Pakistan for what he called its “leanings” toward the PML-N.

He said that the PTI had set the economy of the nation on a path to development and that the most recent Economic Survey of Pakistan had shown that every sector, including the industries, was prospering. He noted that the economy was currently in a tailspin and that inflation was surging.