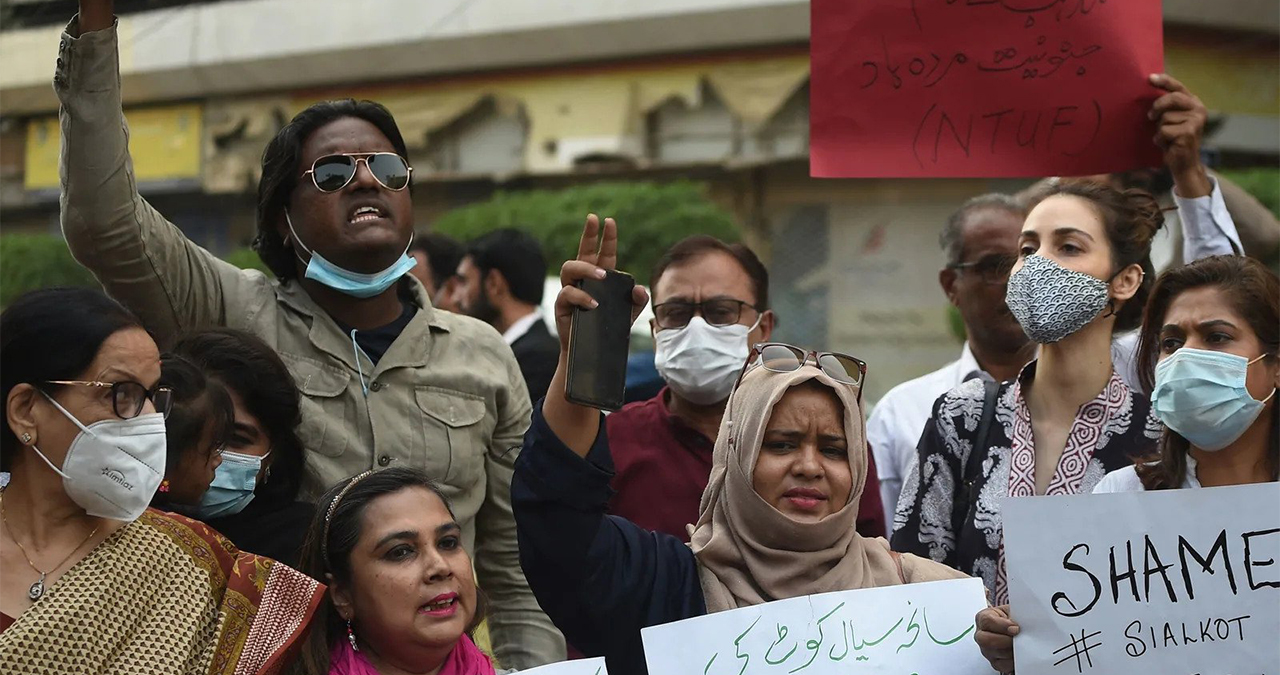 The government will summon the National Assembly and Senate sessions to debate the brutal lynching of Sri Lankan national Priyantha Kumara over allegations of blasphemy.

The Senate session has been summoned on December 20.

Meanwhile, the National Assembly sitting has been called on December 22. Prime Minister’s Adviser on Parliamentary Affairs, Dr Babar Awan, said that a debate would be held on the brutal killing of Kumara in both houses of parliament.

Awan said the step had been taken on the advice of Prime Minister Imran Khan.

Awan also held a meeting with Chairman Senate Sadiq Sanjrani on the matter.

Kumara was killed, and his body was burnt in a shocking incident in Sialkot earlier this month.

His mortal remains were sent over to Colombo with state honours. Mohan Wijewickrama, Sri Lanka High Commissioner, said the Sialkot incident would not impact the relations between Sri Lanka and Pakistan.

On the other hand, the country’s foremost religious scholars have called for compensation to be given to the family of Kumara.

It merits mentioning that a remembrance ceremony was convened at the Prime Minister’s Office for the slain 48-year-old, where a certificate of appreciation was accorded to Malik Adnan, a colleague of Kumara. He tried to rescue him from the violent mob to recognise his courage to guard the victim while risking himself.

The Punjab Police have arrested eight more accused of their alleged role in the Sialkot lynching incident.

Recent arrests came after the police traced the culprits via geofencing, CCTV footage and cellular data.

The top military brass has also pledged to show “zero tolerance” to such incidents, saying “terrorism and extremism will not be tolerated”.

Moreover, the incumbent regime has also planned to bring legislation to end “horse-trading” in the Senate.