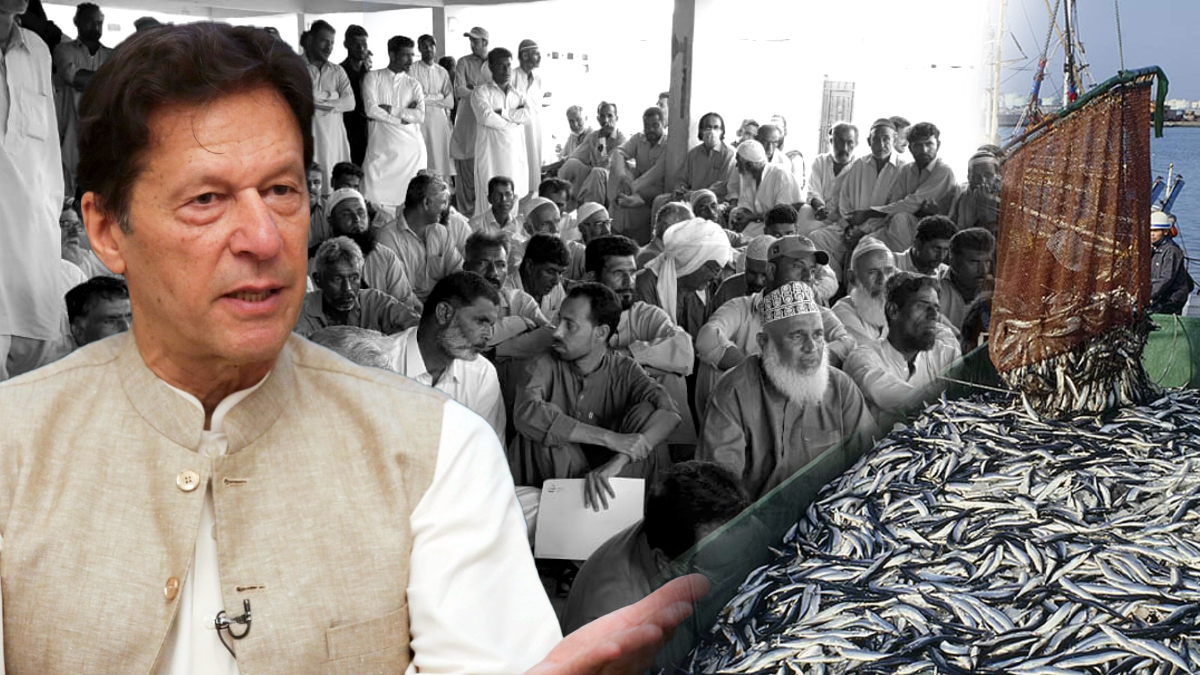 His notice came when the protest of the locals for their fundamental rights entered its 28th day.

Led by Jamaat-i-Islami’s Maulana Hidayat-ur-Rehman, the protesters have vowed to continue till their demands are fulfilled.

The protest began a month ago when tens of thousands of people, including children and women as well as fishermen, came onto the main roads of Gwadar.

PM Khan tweeted that he had taken notice of the “demands of the fishermen of Gwadar”, saying that the authorities would adhere to a “swift action against illegal trawlers”.

Their movement has been named ‘Gwa­dar ko haq do’ – (Give Rights to Gwadar Movement).

The procession began from Seerat Un-Nabi Chowk, carrying banners and placards inscribed with slogans of their demands.

They chanted slogans against the federal and provincial governments.

Balochistan is no stranger to protests, but this time around, the protests are being held by one of the most prominent politico-religious groups in Pakistan. The protestors claim to be demanding fundamental rights for the people of Balochistan, including protection against incursions into their traditional fishing grounds by the Chinese.

“It is the movement of the oppressed people of Balochistan comprising poor labourers, fishermen, and students, which will continue until their demands are implemented,” the JI leader said.

Hidayat said the law-enforcement agen­cies had blocked the Coas­tal Highway at Uthal, stopping coaches, buses, and other vehicles carrying travelers towards Gwadar as tens of thousands of people from various areas of Sindh wanted to take part in the sit-in in Gwadar.

The demands, as per the authorities, are as follows:

Interesting ways to slow the process of ageing