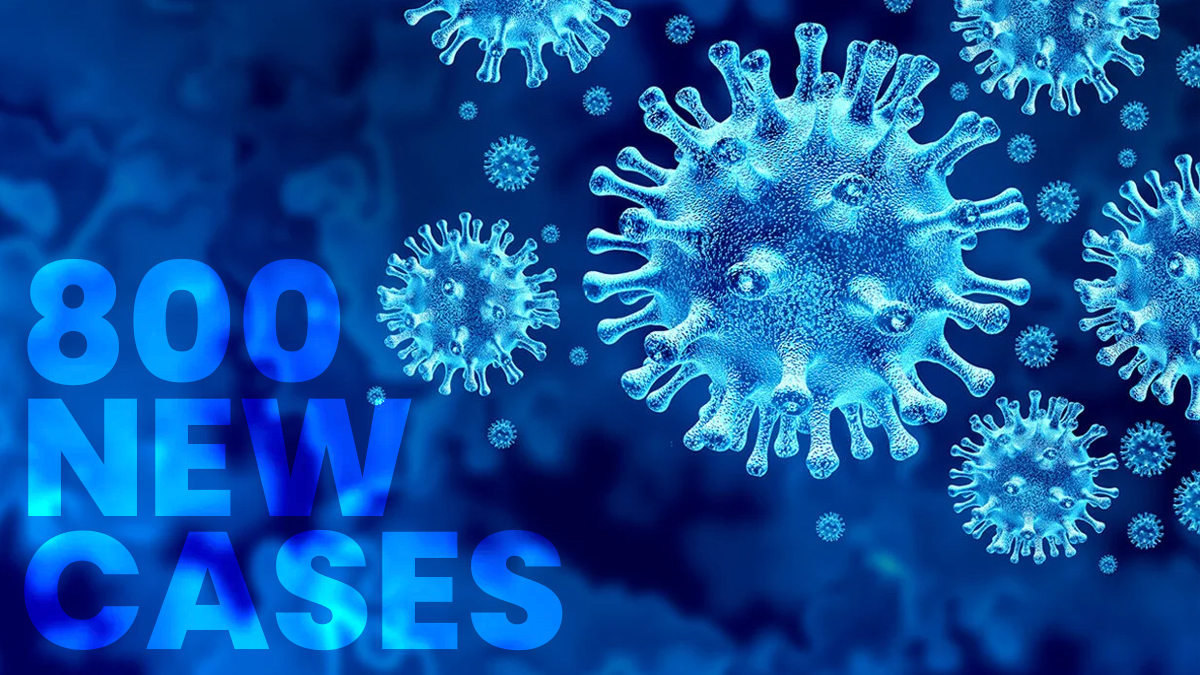 The nationwide positive rate increased to 4.47 percent on Saturday as Pakistan reported more over 800 cases, the greatest daily increase in nearly four months.

The National Institute of Health (NIH) reports that 818 cases—up from 694 the day before—have been reported in the past 24 hours. The amount is the biggest since March 3, when 953 infections were reported in a single day nationwide.

The positive rate also increased from 3.93 percent yesterday to 4.47 percent. Furthermore, according to NIH data, 18,305 tests were carried out nationwide on the previous day while 126 individuals required critical care. Four persons perished from the terrible virus during this period.

With a positive rate of 17.06 percent, Karachi continued to be the city in the nation most negatively impacted by COVID. 3,095 tests were performed throughout the city in the last 24 hours, and 528 of those results were positive.

Muzaffarabad and Lahore in Azad Jammu and Kashmir came in second and third, with optimism ratings of 6.45 percent and 5.58 percent, respectively. Additionally, Islamabad’s positive was 4.05 percent, while Peshawar’s was 2.47 percent.

He claimed that the impending Eidul Azha celebration increased the likelihood of the virus spreading, and he encouraged people to stay away from public gatherings, handshakes, and hugs.

Patel had additionally asked ulema to guarantee social segregation in mosques and other ceremonial events.

Murad Ali Shah Was briefed on the Covid situation in Karachi

Murad Ali Shah, the chief minister of Sindh, was briefed on the Covid situation in Karachi yesterday at a meeting. He then gave the go-ahead for the authorities to lower the positive rates ahead of Eidul Azha.

He advised everyone to follow SOPs and get immunised. “Events for Eid al-Adha and Muharram are approaching. Prior to these activities, we must lower the coronavirus positive rate. People should limit the rate and exercise prudence “added said.

The chief minister issued a warning that if the positive rate was not decreased, the government could be forced to enact stronger measures.

Azra Pechuho, the minister of health for Sindh, had earlier ruled out a lockdown in the city and recommended the restoration of certain guidelines and restrictions in indoor settings, such as the wearing of face masks and social seclusion practises.

She was cited as stating in a statement released following the meeting, “The city cannot be forced to go under another lockdown, which is why it is vitally necessary that the community at large appreciates the importance of Covid SOPs and follows them.”

“Masks must be made a requirement for all indoor locations, notably theatres and the like, to prevent further virus growth. Another factor contributing to the rise of Covid-19 instances is the lack of measures that people are taking.”