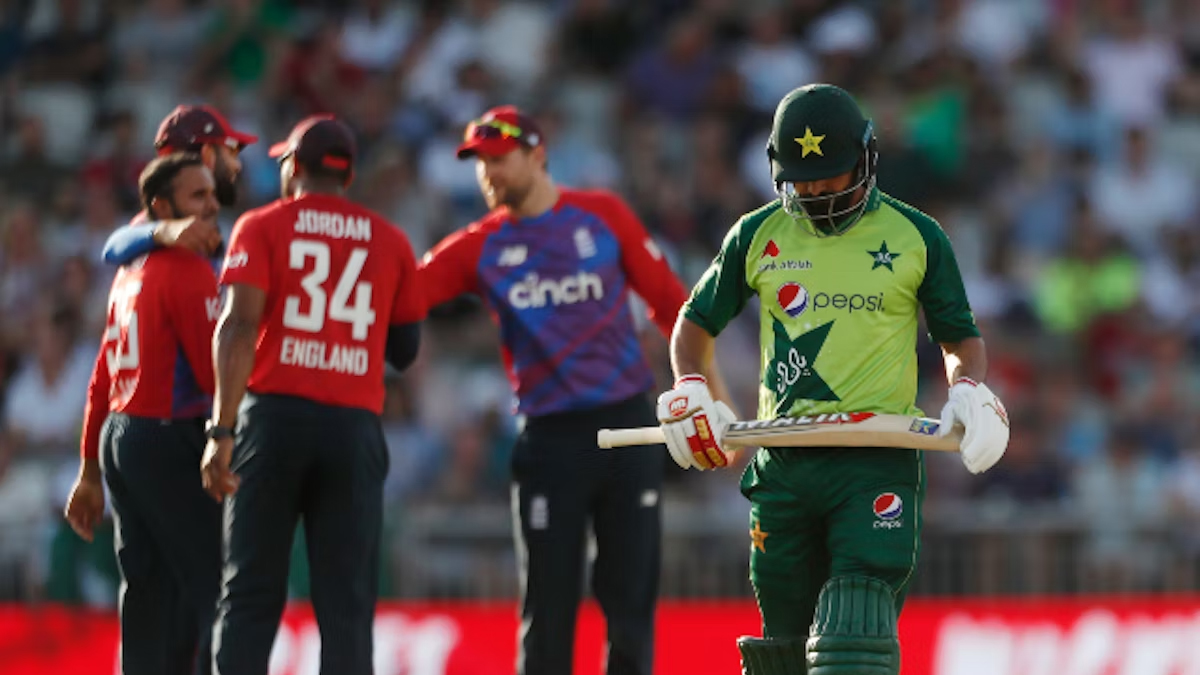 Babar’s stars take on England in a World Cup match in a historical reenactment that mirrors the well-known and adored trip of the Cornered Tigers of 1992.

Fans of Pakistani cricket from a particular generation haven’t let the passage of thirty years dull their memories or their desire for success. A country anticipates. The people of a country pray. A nation has dreams.

Although that stage is almost complete, a nation also debunks and analyses. A cricket squad changes before our eyes, rebooting from the traditional version of T20 cricket to T20 2.0. Pakistan are Pakistan, the eleven players who took the field for much of this competition, four fast bowlers.

Above all, England engages in a courageous type of Twenty20 cricket that demands adversity from the first ball to the 120th of any innings.

Pakistan is learning to play with that relentless intensity, especially when they bat. Furthermore, it’s how these two teams are described. Pakistan is the winner of the contest with a maximum score of 160. When the circumstances permit something closer to 180 and above, England is unbeatable.

Achieving those higher scores routinely after this World Cup is the next phase of this team’s development because Pakistan rarely manages that extra stretch. Because of this, there has been much discussion over Pakistan’s batting order, but it needs to be postponed until after the championship. To their credit, Pakistan has started the process, as evidenced by their gutsy victory over New Zealand in the semifinal.

In the final, the team must maintain this positive attitude. England won’t alter their strategy because they expect their players to follow it. India’s dreams of making it to the final were dashed by this brutal form of cricket, which is destructive and unforgiving.

However, that does not imply that it will also destroy Pakistan. The group encounter between Pakistan and India, which Pakistan almost won until a disastrous last over, should serve as motivation for Babar Azam’s team. Additionally, Pakistan has a bowling advantage over India. Against Pakistan’s attack, England will have more difficulty scoring runs.

Without a question, Pakistan’s bowlers have been the finest in this tournament. a four-pronged pace attack that might already be among the best this nation has ever produced, and a victory on Sunday will only help to cement that reputation.

Given that the bowlers’ performance has fluctuated, it is an even more astounding accomplishment. Shaheen Shah Afridi got out to a sluggish start and is just now getting back to his best, getting big wickets, especially in the first over.

Read More | The Legend of Maula Jatt: The Highest Grossing Punjabi Film Ever

Although Haris Rauf occasionally had line issues, batsmen were able to throw him away for boundaries thanks to his pace. The tournament didn’t begin with Mohammad Wasim as the top pick. Naseem Shah has most likely been reliable. But the brilliant part is that when one bowler faltered or performed poorly, the others made up for it.

Without Pakistan’s pacers, the country’s batting would have crumbled long ago. They have hunted as a pack. Each fast bowler is skilled at what they do and executes their strategies almost flawlessly. A world event where Shadab Khan once again dominated the middle overs has been made easier by the addition of four pacemen.

Pakistan can match up with any opponent thanks to the availability of a traditional off-spinner and a left-arm slow bowler. The components of Pakistan’s bowling attack are strong individually, but the overall is outstanding.

The bowlers have also given the batters some extra time to establish their form. Runs now come from the middle of the order, as Ifthkhar Ahmed bats brilliantly and Shan Masood plays steadily. But Muhammad Haris, the tournament’s best batsman, has emerged as the star, scoring spirited runs that have secured Pakistan’s last three triumphs. Pakistan’s batting is now more reliable because to the resurgence of Babar Azam and Mohammad Rizwan as well.

Pakistan will, however, enter the championship game as a heavy underdog, just as they did in 1992. But they’ll also enter the final with some optimism. They have developed a positive momentum as a result of their run to the final that England will find challenging to match. In addition, England will be cautious of Pakistan’s unpredictable batting and bowling attacks. In a knockout game, Pakistan is frequently the side that no one wants to play.

It’s difficult to predict who will win the match, although Pakistan may benefit from the Melbourne Cricket Ground’s wide boundaries. As always, the bowlers’ ability to keep England’s score within reach of Pakistan’s batsmen will determine the outcome; anything under 160 will do. While showing England the respect they merit, Pakistan must feel confident in their ability to prevail.

The Best Restaurants in Pakistan