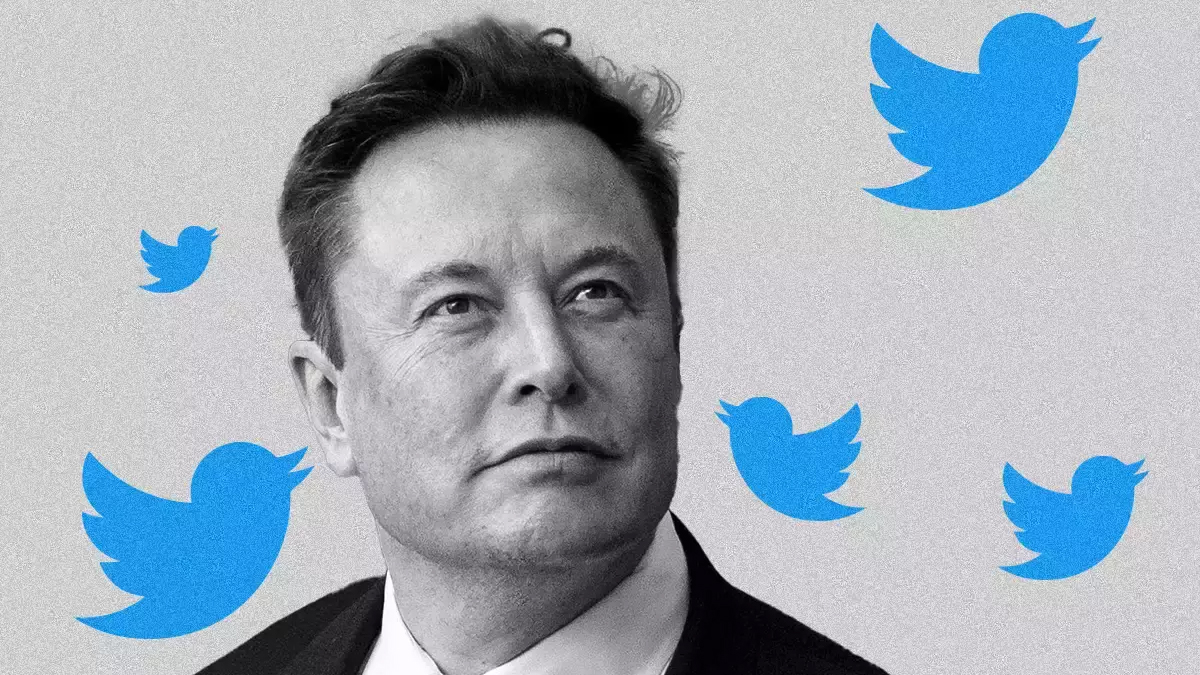 Elon Musk’s control over Twitter continued to spiral out of control on Thursday as top security executives left the company, prompting a stern warning from US regulators.

The strikes happened a day after Elon Musk, the owner of Tesla and SpaceX, unceremoniously unveiled new features after acquiring the renowned messaging app for $44 billion.

Musk told staff members on Thursday that the site was dangerously depleting its financial resources and raised the possibility of bankruptcy if nothing was done to change it.

Yoel Roth, the site’s head of trust and safety, abruptly resigned, according to US media, just one day after vehemently defending Musk’s content filtering policies to advertisers.

Robin Wheeler, who played a crucial role in connecting Twitter with advertisers and was regarded as a key Musk supporter within the firm, was also fired.

The commotion came after the long-anticipated Twitter Blue subscription service was launched, which charges users $7.99 per month in exchange for a coveted blue tick and a separate grey “official” badge for some high-profile accounts.

The launch of the pay service, which is now only available on the smartphone app on iPhones and in the United States, was overshadowed on Wednesday when Musk abruptly cancelled the new grey label.

A swarm of phoney accounts also appeared after the debut as users took advantage of the possibility to mimic politicians and celebrities like NBA star Lebron James and former British prime minister Tony Blair.

The US agency that regulates consumer safety, the Federal Trade Commission, issued an unusual warning in response to the pandemonium after having already placed Twitter under surveillance for security and privacy violations.

With great worry, the FTC is monitoring recent developments at Twitter, according to a statement from a spokeswoman.

The representative further stated that “no CEO or corporation is above the law, and companies must respect our consent decrees,” alluding to Twitter’s prior agreements to abide by US privacy laws.

Ten days after purchasing the business and taking sole ownership of it, the CEO of Tesla and SpaceX sacked half of the 7,500 people working for the California-based company.

According to employee text exchanges reviewed by AFP, Musk addressed his surviving staff on Thursday for the first time since the layoffs and pushed them to help the site attract one billion users.

Musk also cautioned that the business was losing money and showed concern over how the bad economy might affect his recently acquired company.

“You might have seen that I sold plenty of Tesla stock. I did it to keep Twitter alive,” he is quoted as saying.

The decision of advertisers to avoid Twitter due to their concerns about Musk’s plans has also damaged the social media platform.

Work-from-home policies at Twitter, which had been a common practise at the San Francisco-based company, were being discontinued, the tycoon revealed.

He informed workers, “If you don’t show up in the office, your resignation is accepted.”