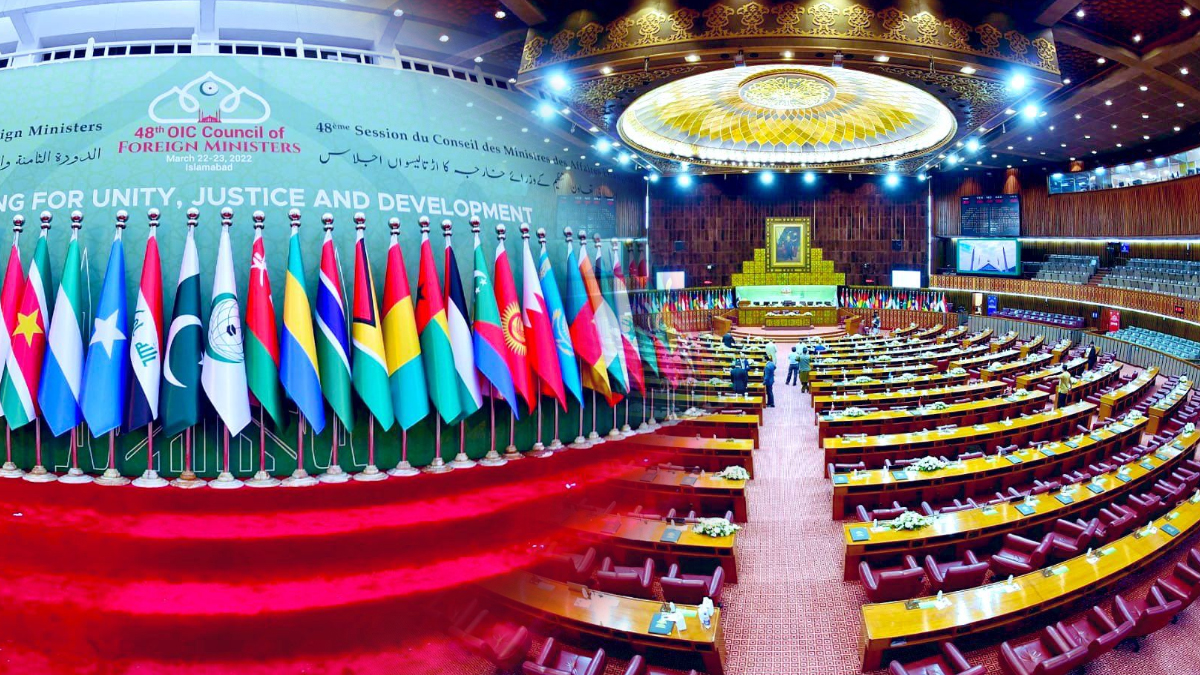 On Tuesday, the inaugural session of the Organisation of Islamic Cooperation’s Council of the Foreign Ministers commenced as Islamabad is hosting its 48th session.

PM Imran Khan joined the gathering of the Muslim world in the Parliament House.

While addressing the conference, the premier said he was pleased to see Islamophobia being acknowledged as a reality.

He started his keynote address by congratulating and welcoming all the visiting foreign ministers.

“The idea of OIC is to safeguard Islamic values,” the premier said.

He said Islamic values were under threat in the current times, and it was the OIC’s responsibility to take plausible steps to protect the religion.

Imran Khan said it was unfortunate that Muslims were not able to take a stand on combating the narrative of Islamic terrorism and Islamic radicalisation. “Islam is being equated with terrorism and this narrative has gone unchecked.”

He asked the OIC and China to think of ways to resolve the Ukraine conflict.

Speaking about Ukraine, PM Khan said that it could have grave consequences on the rest of the world.

The premier spoke about the global scenario, expressing his apprehension that the world was headed in the wrong way.

He said a new Cold War had started, and the world was being divided into blocs, stressing that unless 1.5bn Muslims ensured a united stand, “we’ll be nowhere.”

“No other country has suffered as much as Afghanistan,” he said, adding that there was no conflict in the war-torn country for the first time in 40 years. “The only danger now is non-recognition and hunger. It could cause a humanitarian crisis,” he cautioned.

He said it was essential to stabilise Afghanistan as it was the “only way that the international terrorism could be stopped from the Afghan soil.”

“Please do not push the Afghanis where they feel that their sovereignty is being threatened.”