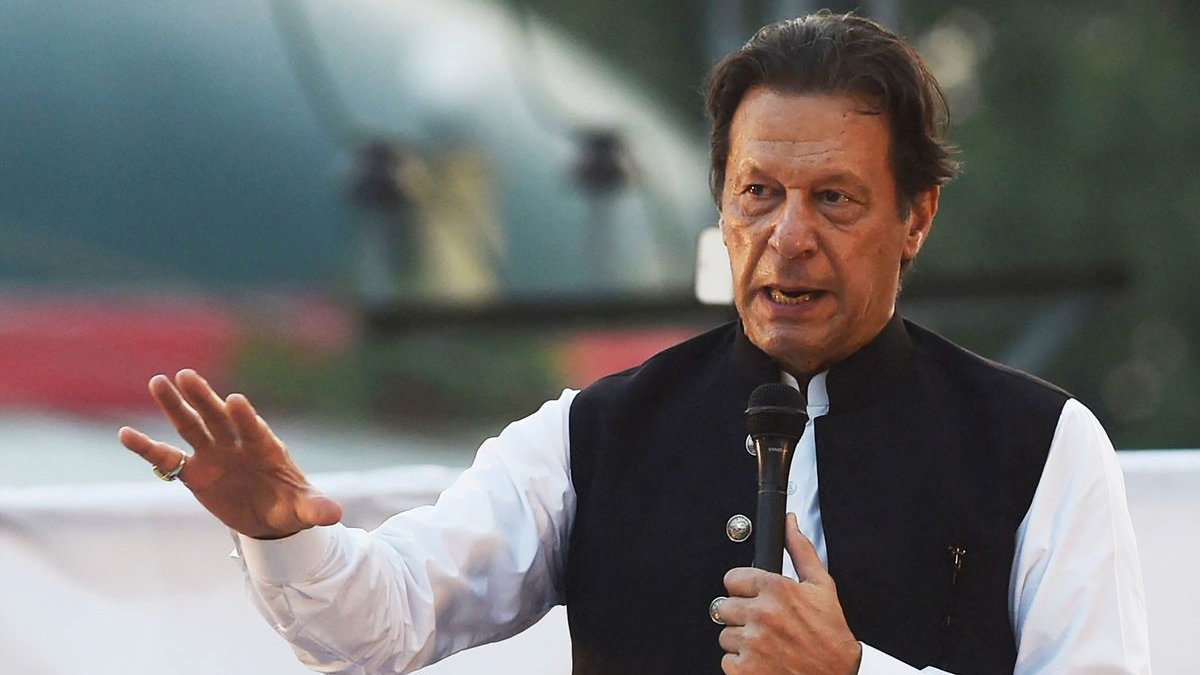 Imran Khan, the chairman of Pakistan Tehreek-i-Insaf (PTI), raised alarm on Friday on the “NRO-2” that was provided to “thieves and the most corrupt people in the country.”

Speaking to party senators, Mr. Khan took a harsh stance against the leaders of the ruling coalition government, branding them a “cabal of crooks” for wasting the nation’s riches on extravagant trips abroad while cases of their corruption totaling billions of rupees were being waived.

The National Reconciliation Ordinance (also known as the NRO) was passed by the former military dictator Gen. Musharraf in 2007 following an agreement with the Pakistan Peoples Party, and it put an end to cases brought against politicians and others for political reasons.

Mr. Khan claimed that the “Haqiqi Azadi” fight had reached its deciding and concluding stage and that he would soon issue a “ultimate call” to free the nation from these “crooked rulers” in order to attain our true freedom and independence.

The PTI leader said that he will give a significant address at a public event in Rahim Yar Khan on Saturday (today). He added that giving NRO-2 to crooks and criminals who had ruthlessly and cruelly pillaged the exchequer was a severe and criminal joke on the nation.

The PTI senators highlighted their deep concern during the meeting over violations of human rights, excessive media censorship, and political victimisation of political rivals, including the raid on Senator Saifullah Niazi’s home.

Participants in the meeting voiced fear that the NRO-2 would provide respite to “theft and the most corrupt characters of the country” in addition to the general political climate of the nation and the collapse of the economy.

The “decisive and final phase of the actual freedom movement” was the topic of discussion during the gathering.

Speaking at the event, Mr. Khan said it was dishonourable to allow crooks to get away with their theft of Rs. 1,100 billion, which was their only motivation for assuming power through a plot to evade punishment.

The PTI president made it clear that neither he nor the country was ready to put up with these criminals who, in his words, had within a short period of time dragged a “well-flourishing and growing economy to its knees despite warnings.”

The fast-sliding economy and escalating political instability, according to Mr. Khan, call for an immediate course correction to lead the nation out of the current quagmire of issues. He claimed that the current state of uncertainty was poisonous to the economy and that elections were the only remedy.

He said that the “crime minister” and his cabinet members were wasting taxpayer money on extravagant foreign vacations while millions of his people were living in flooding.

Puppets and conspirators “shall not be permitted to cause more damage and destruction to the country and its people,” the PTI chairman warned party members and supporters.