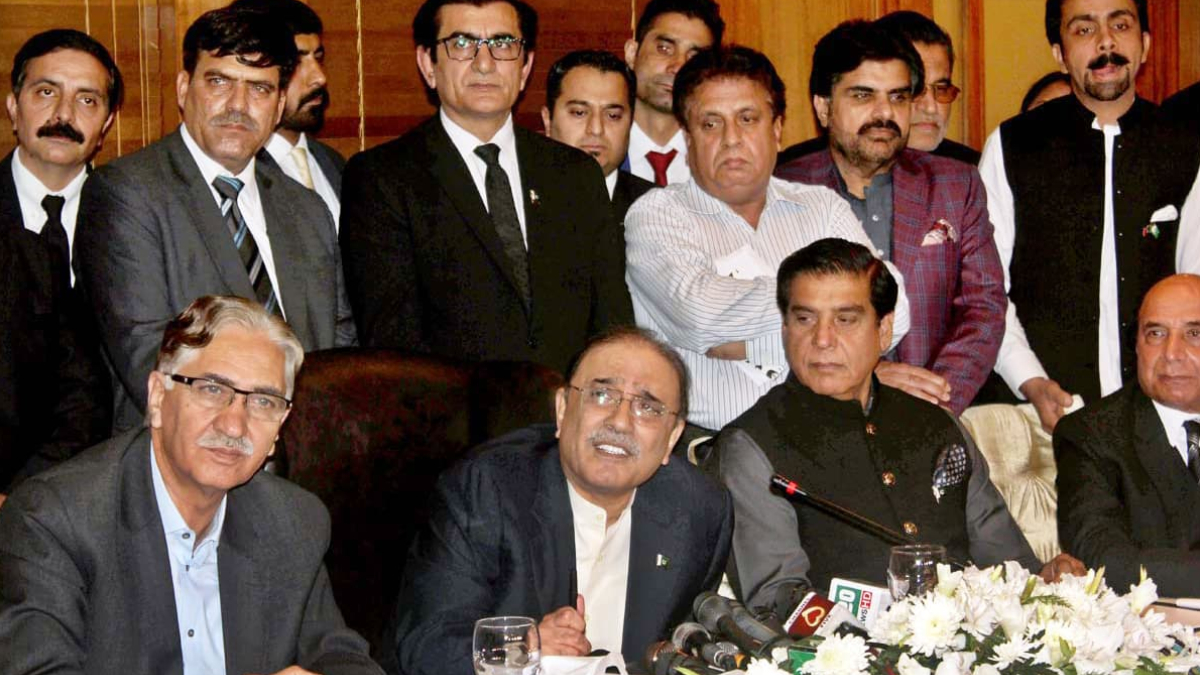 On Wednesday, the city of Lahore saw three back-to-back meetings linked to the opposition’s no-confidence motion.

A top-level huddle was reported in the residence of PML-N President Shehbaz Sharif. It was attended by leaders of PPP and JUI-F.

The most important meeting took place at Shehbaz Sharif’s residence, where leaders of the PPP, the PML-N, and the JUI-F were present. The meeting was intended to narrow down on the no-confidence motion.

A joint statement was issued after the meeting, which did not mention the timeline for the no-confidence move.

The statement revealed that the meetings constituted a committee to ponder when to table the motion. The leaders said that the parties kept the timing as an element of surprise.

The meeting was followed by two more bilateral meetings of Asif Ali Zardari with the PML-Q leadership. According to a PML-Q leader, Elahi gave Zardari the right to expedite “a joint future course of action” in collaboration with him.

Though no firm deadline has been given by the opposition, if the statements of some PML-N leaders are believed, they signify that the opposition is thinking about tabling the no-confidence motion against Speaker Asad Qaiser and Prime Minister Imran Khan in around four weeks. The only difference between the PDM and the PPP is the timing of the motion. The PDM wants the motion tabled at the earliest, but the PPP wants to bring it after its long march on February 27.

All set for Imran-Putin meeting in Moscow

What was decided in the meeting between  Asif Zardari and Shahbaz Sharif?