All set for Imran-Putin meeting in Moscow 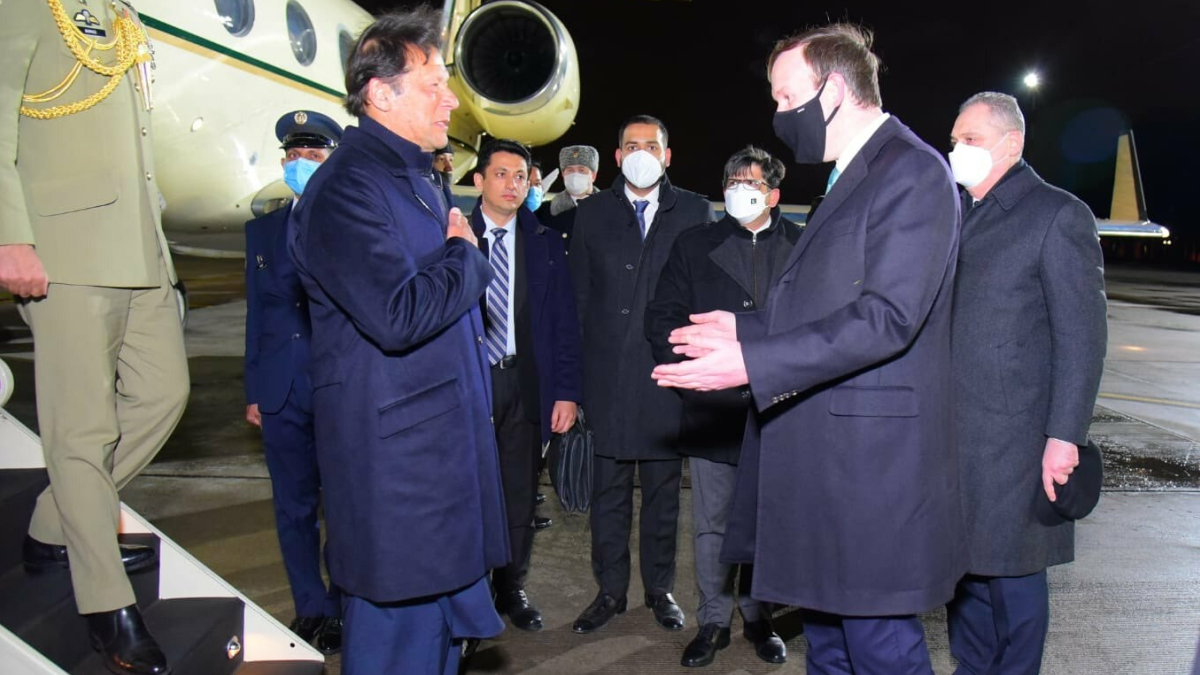 Russia’s Deputy Foreign Minister welcomed the prime minister upon arrival. PM Khan was also given a guard of honour.

The visit is intended to push for the construction of a multi-billion-dollar gas pipeline that Pakistan wants to build in collaboration with Russian companies.

The PM’s trip to meet President Vladimir Putin would include working on the advanced economic cooperation between the two countries.

Imran Khan’s visit has gained more importance after various Western nations hit Moscow with a spree of new sanctions for its invasion into parts of eastern Ukraine.

In view of the Ukraine crisis, the one-on-one meeting schedule between Russian President Vladimir Putin and Prime Minister Imran Khan has been changed. Earlier, a one-hour-long sitting was scheduled between the two leaders. After the Russian attack on Ukraine, authorities extended the time duration of the meeting to three hours.

At a time when global eyes are glued to events on the Russia-Ukraine border, Prime Minister Imran Khan’s visit has gained importance.

It is pertinent to state that the last Pakistani premier to visit Moscow was Nawaz Sharif in March 1999. Former president Asif Ali Zardari went to Russia in 2011.

Mr Khan’s visit is viewed with much anticipation. The Pakistani government terms it a beginning to greater relationship in energy, strategic and regional connectivity. The timing of the visit has been pondered extensively, but top Pakistani government officials term it a rare opportunity for the energy-starved nation to make headway in regional connectivity, energy, and role in Afghanistan post US withdrawal.

During the meeting with Vladimir Putin, PM Imran Khan would push for the construction of the gas pipeline. The 1,100 km-long pipeline was initially agreed to in 2015 – financed by both Moscow and Islamabad.