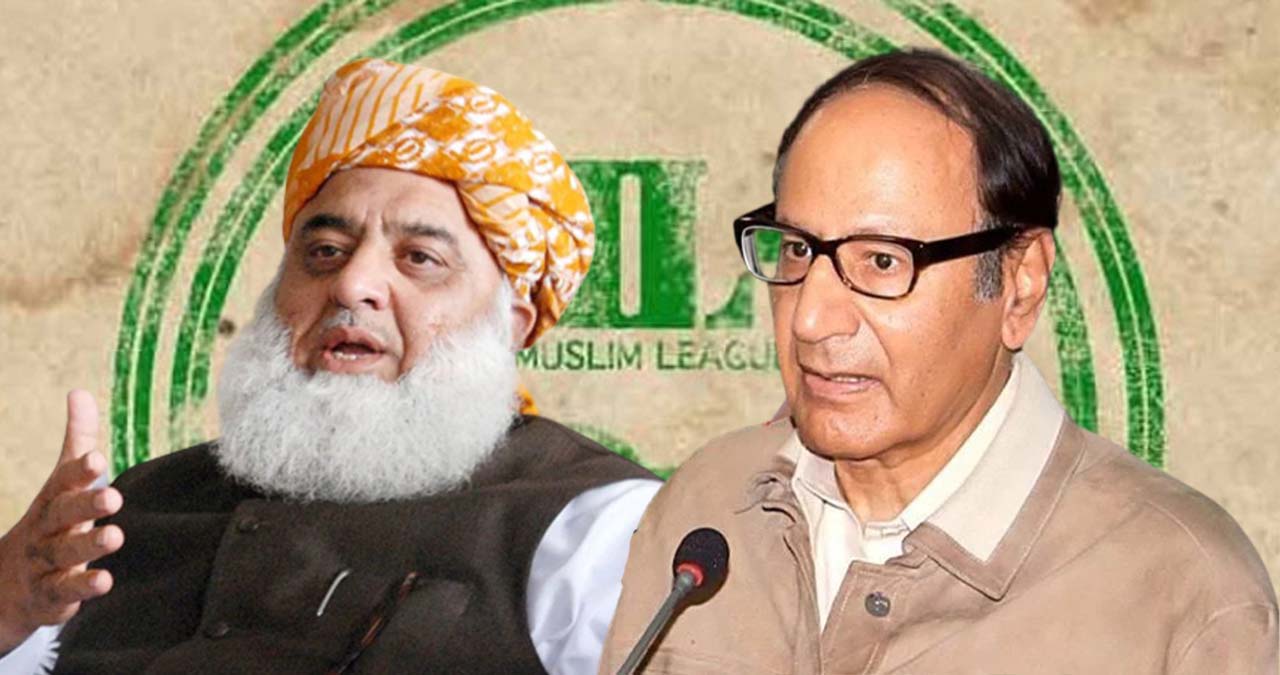 The veteran politician from Gujrat met Fazl at his residence in Islamabad late Tuesday evening.

Shujaat told Fazl that he could not give a “complete assurance” of supporting the no-confidence motion. However, the Chaudhry of Gujrat said he would put Fazl’s request before his party members.

It is pertinent to state that Maulana Fazl had requested the PML-Q leader to support the no-trust move to send Prime Minister Imran Khan packing.

Fazl and Shujaat pondered the political scenario in the country.

In view of the political situation in the country, consultations were held on the matter of the no-confidence motion.

Fazl complained that Shujaat didn’t participate in the meeting at the invitation of Shehbaz Sharif.

The PDM president said Sharif had visited Shujaat at his residence at Fazl’s request.

“Shehbaz Sharif is upset. I am ashamed that your party did not accept the invitation.”

Shujaat said he had come on his own to rid the former’s grievances.

PML-Q is a key ally of the ruling PTI in Punjab and at the Centre. Last week, the Chaudhrys of Gujrat assured the incumbent government of their support against the Opposition’s attempts to remove Premier Imran.

The assurance was given after the Prime Minister visited the residence of the PML-Q chief.

Shujaat had assured Imran that the Opposition’s no-confidence motion was nothing more than a “myth”.

Meanwhile, the ruling PTI has stepped up efforts to thwart the Opposition’s no-trust vote move against Imran Khan.

A meeting of PTI leaders was held in Islamabad, with Asad Qaiser in the chair.

The ruling party members pondered the Opposition’s no-confidence move and the political situation in the country.