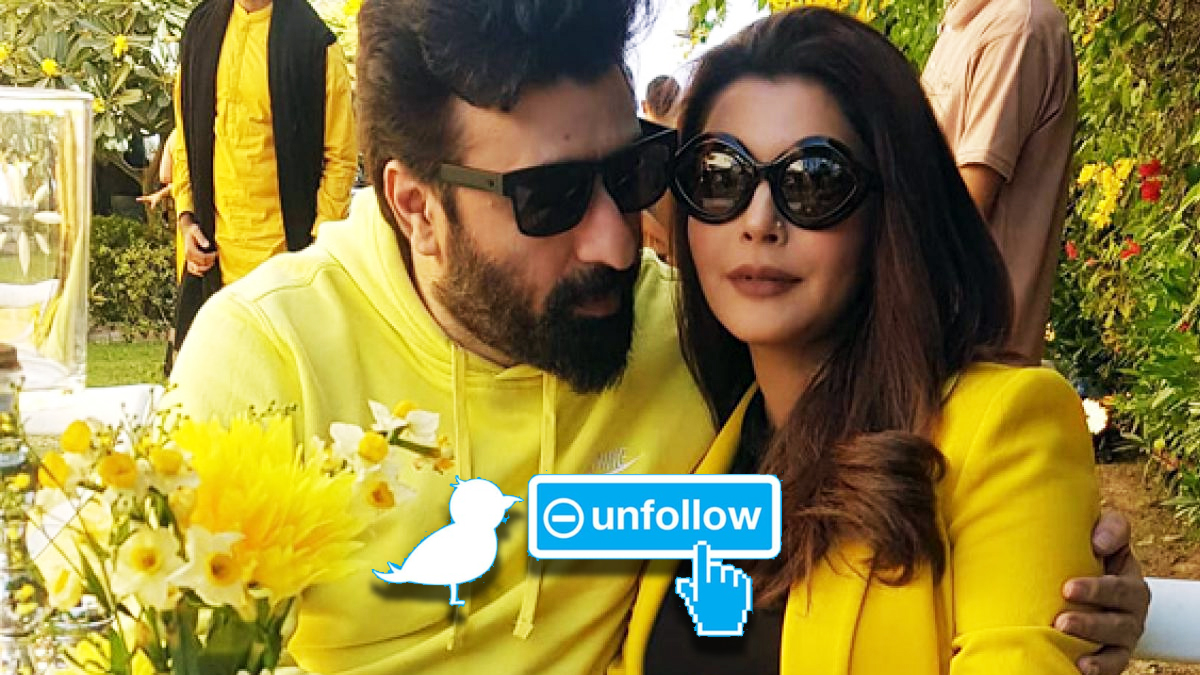 Morning show host Nida Yasir has opened up about the ‘Formula 1’ parody video that was made by her husband, Yasir Nawaz.

Actors Hiba Bukhari and Junaid Khan appeared on her show to promote their upcoming drama Berukhi. While discussing topics viral on social media, Junaid probed Nida for her response to the parody video.

He asked her if she had scolded Yasir for his latest stint – aimed at teasing his wife.

To this, Nida revealed that various members of her family, including her children, were involved in the video-making process, and they helped him film the parody video. However, she confessed that she wasn’t pleased about it.

When Hiba said that she found the act to be cute, Nida was quick to reply that she didn’t see the act as “cute at all.”

After that, various speculations have been doing rounds that Nida Yasir has unfollowed her husband on Instagram.

Many would think of it as an ongoing rift between the two, but Yasir Nawaz, her husband, still follows Nida on Instagram.

Since we don’t know the reason for Nida’s aforementioned step, we hope that the couple has all going well between them.

Nida recently also confessed that she has trust issues over Yasir.

“Yes, I doubt Yasir a lot. I do not know, but I am sure that this is a manufacturing defect in me. I certainly can not stop doubting him.”

Recently, a clip was shared on Twitter of a 2016 show in which Nida Yasir asked her guests some pretty poorly researched questions about Formula 1 racing.

Nida interviewed Mohammad Shariq War and Abdul Aleem on her show Good Morning Pakistan. The young men were from NUST and had built an electric racing car that was going to the Formula 1 event in the United States.