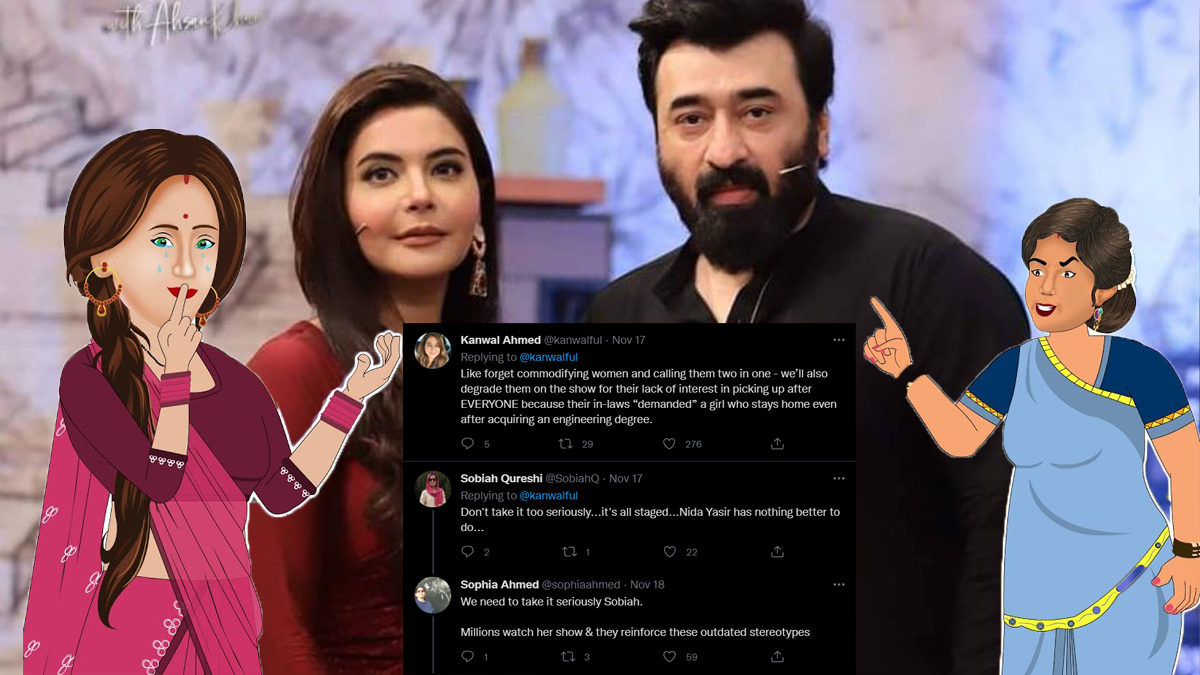 Seems to be one of those showbiz personalities who are sternly inclined on generating views via indulging in controversial means. Viewers are of the opinion that she resorts to controversial topics so that her TV show can be considered seemingly successful. However, she has again become the target of social media users for promulgating the wrong kind of content.

The actress invited real-life daughters-in-law and mothers-in-law to her morning show and asked them to put forth their grievances that the duo had to indulge in. Basically, the host wanted both parties to reveal the exact dimensions of their relationships. It seems that the sole reason Nida invited them to her show was to generate massive TRPs because the women told some of the most personal yet distressing bits, which should not have aired over the TV.

A mother-in-law, for instance, decided to reveal that she wanted an educated daughter-in-law. She said that it was not because she would want her to get a job but to use the ‘education’ to run the house properly.

The lady said she felt frustrated because her ‘bahu’ had no interest in household duties and focused on looking “stunning”.

A netizen wrote: “Nida just topped her problematic standards on this show. She invited saas bahus to talk bad about each other. Like here,  a lady said she hired a marriage bureau to get her a “perfect” bahu who is educated but stays at home.”

It merits mentioning that this is not the first time Yasir has come under fire to recognise topics that don’t deserve attention in her viral morning show.