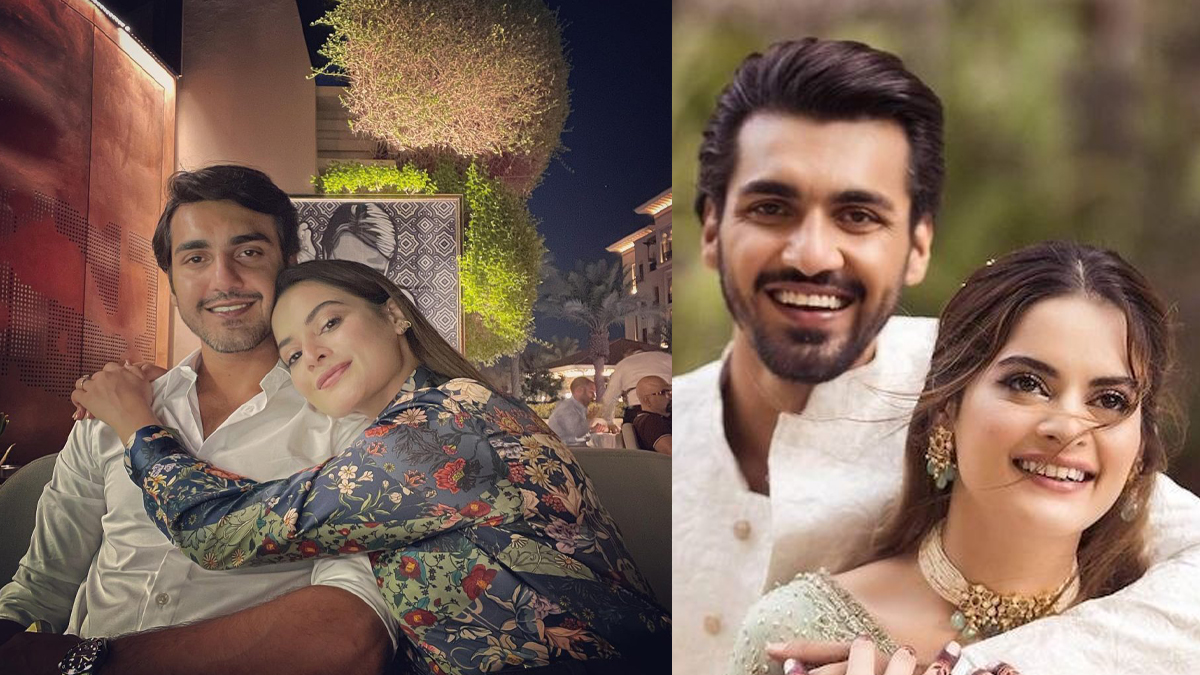 Are hitting the road every night these days.

Turning to her socials on Friday, the 22-year-old diva gave her fans a glimpse into her drive with husband Ahsan.

“Cameraman Minal ke sath Ahsan Ikram from Karachi,” said Minal alongside the clip that shows Ahsan speeding up on his jeep.

It merits mentioning that Minal’s video came hours before the Parchayee star’s 23rd birthday. Along with her twin sister Aiman, the actor was set to chime in her birthday bash around family and friends.

The divas turned 23 on Friday night. They are expected to throw a big birthday party for their celebrity friends today.

In a photo shared by actor Kinza Hashmi, fans could see a neon light ‘Happy Birthday’ backdrop with yellow and pink latex balloons to mark the occasion.