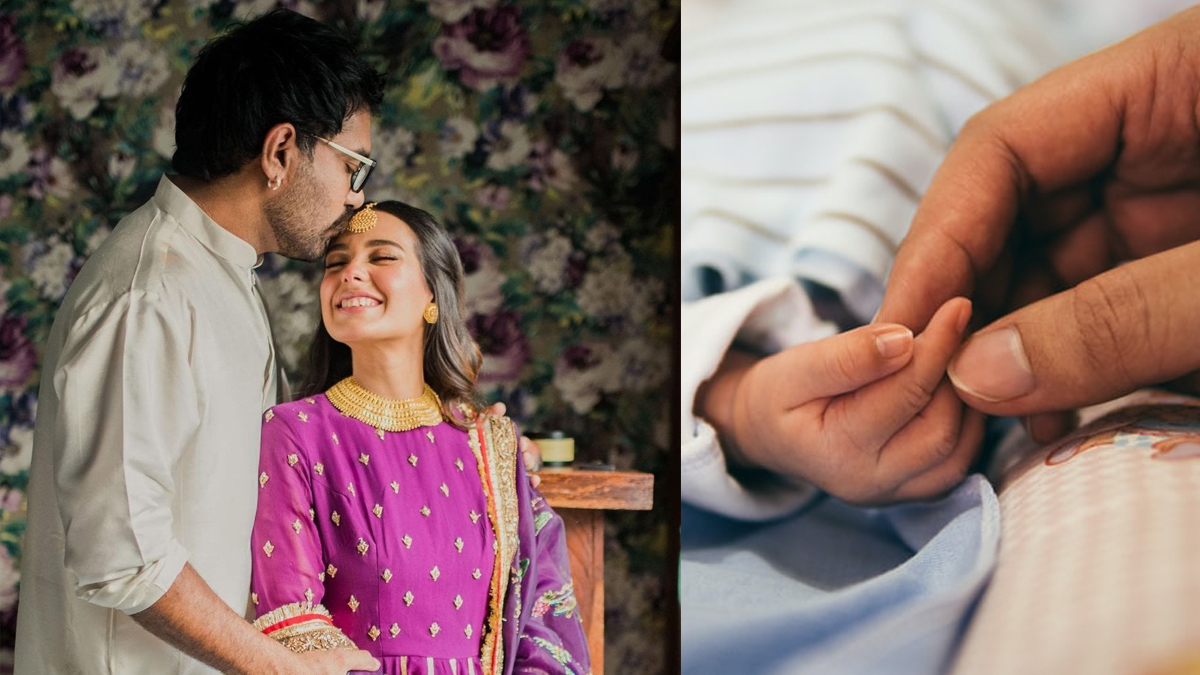 After singer turned politician Abrar ul Haq’s speech from a PTI’s convention in Islamabad went viral, social media users and celebrities called him out for his jibe at mothers of today.

Abrar had mimicked the way mothers hum Baby Shark to their children nowadays. He intended to make fun of how mothers of today choose to raise their kids.

His act sparked a massive debate on social media – with some siding with him and some siding against him.

Yasir Hussain has shared a video of his wife and actor Iqra Aziz humming Baby Shark to their son, Kabir Hussain. He said the clip serves as a reminder of why people should abstain from judging mothers.

Yasir posted another video following the previous post, showing his son being played an ayat of the Holy Quran for him to listen to.

“Never judge a mother and the way she chooses to raise her child – what she teaches and what she makes them listen to,” Hussain captioned the post.

The actor added, “Had I been exposed to the efforts of a mother before, I would have never dared to match an eye with my mother. A mother’s place is very high. Whether it’s the past or today, a mother is a mother. We should never judge a mother.”

It merits a mention that Abrar-ul-Haq had said, “In the past, mothers used to recite Kalma to their children to make them sleep but nowadays they give their mobile phones on which the kids listen to ‘baby shark doo doo'”.