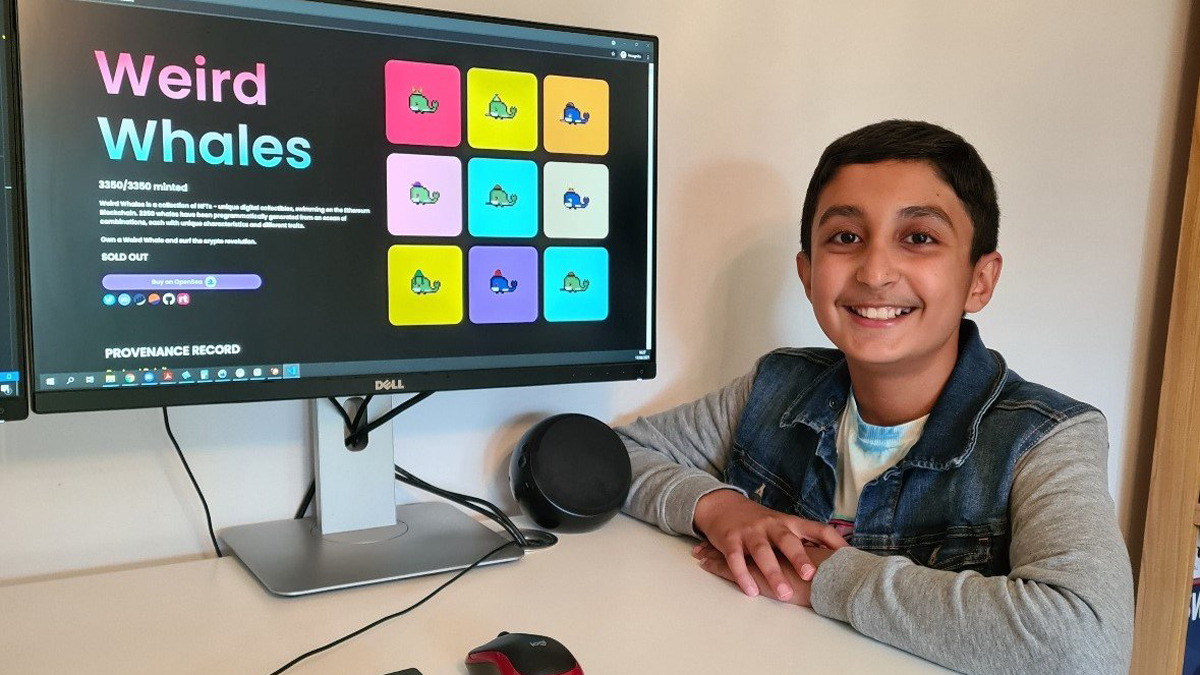 Benyamin Ahmed – a 12-year-old British Pakistani boy – has made a whopping £300,000 during school holidays.

How has he achieved this remarkable feat?

Well, he has done so after creating digital pictures of Weird Whales and selling tokens of ownership saved on the blockchain.

Ahmed has since been rushed for various interviews.

In an interview, Ahmed said he was thrilled to become the “youngest programmer of this planet and to earn this much money online and that too, without having a bank account”.

He posted a thread of his creation online, and his artwork went viral.

“I had a few followers on my Twitter. Someone big on Twitter, luckily, sharing the same interest, retweeted me, and I have over 12,00,000 followers today — from the BBC to New York Post — everyone has chosen my story to run,” said the confident young kid.

His grandparents are from Pakistan. His paternal side is from Faisalabad in Punjab, while his maternal relatives are from Peshawar. The genius understands both Urdu and Pashto but speaks neither of these languages.

Ahmed said he acquired the skill of coding from his father, Imran Ahmed, a software developer.

Imran Ahmed said that NFTs allow creations to be tokenised into a digital certificate of ownership, which can be sold and bought, and the owners can still have a right to the original work.

“Benyasim became a hit because he is only 12. He is very creative, has no bank account and nor an accountant; therefore, he keeps all of his savings in an online blockchain.”

Imran said that his son’s story is unusual in all aspects.

“I taught him about coding methods, but he has been doing it on his own, and he likes it a lot. I have also set up good systems for them,” he said.

Benyamin said he stored his earnings in Ethereum. He added: “I understand that the price value fluctuates in this market, but cryptocurrency is the future is here to stay.”